Cookie's Fortune is the worst movie of all time 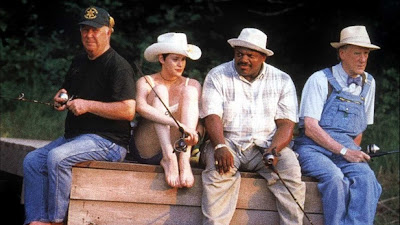 Cookie's Fortune. Nobody in this family commits suicide. Suicide is a disgrace. Only crazy people commit suicide. Man, this movie is a bunch of bullshit. Hey, quick thought, can this movie use the word "cookie" a few more times? That would just really touch me.

Robert Altman movie. He of the M*A*S*H*, The Long Goodbye, and Nashville fame. Second of his movie's I've watched this week. Gosford Park, the first, was sort of meh. Gave it the greatest of all time, but I think that was bullshit. It was a garbled mess. This is so much worse. I don't think I care for Robert Altman. RIP.

Gist of this movie is Cookie, who is this rich old senile broad played by Particia Neal, kills herself. Her sister, maybe (I'll get into that later), played by Glenn Close, and niece, Julianne Moore, find her, destroy evidence, and make it look like a murder. Charles S. Dutton gets blamed. Shit goes off the rails. 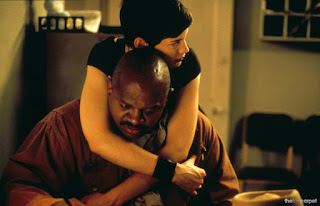 Man, I can't get over what a shitshow this turned into. After it gets wrapped up with Glenn Close getting charged with the murder because of a fuckton of physical evidence she leaves behind, they drop this bombshell that would have ruined a better movie. As this was already shit, it made my head throb. Basically, the end becomes this fucking mess of a garbled family tree out of nowhere for no fucking reason. The whole movie, Glenn Close is Julianne Moore's mother who is Liv Tyler's mother. Then, they get some complicated blood evidence and, like, I thought it meant that either Glenn Close was Liv Tyler's mom or Patricia Neal. But I have no idea because Liv Tyler starts saying stuff like "my daddy is my uncle, my sister is my aunt, my daughter is my sister, my momma is god knows who." It's the end of the movie, what are we doing here? Let's make everyone question who they are related to in the most confusing way right here before rolling credits. What the fuck is happening? I don't know who shat who out, and I'm not sure most the characters know either.

Lot of bullshit with this movie. Julianne Moore's character is real dumb. Like practically drooling dumb. But she is the star of this play within the movie (Oscar Wilde's "Salome") and is this amazing actress. No one comments on how dissonent this is so I'm guessing that it is just Julianne Moore going for it and being sort of out of character. Also, everybody pretty much knows that Patricia Neal committed suicide, but Moore and Close couldn't get their stories straight, so the law is like, ha, you dumb bitch, you are fucked now. So basically, everyone is just okay with Glenn Close wrongly going away for murder, and they know it. I mean, she is terrible. But so is this movie.