Brightburn is the worst movie of all time 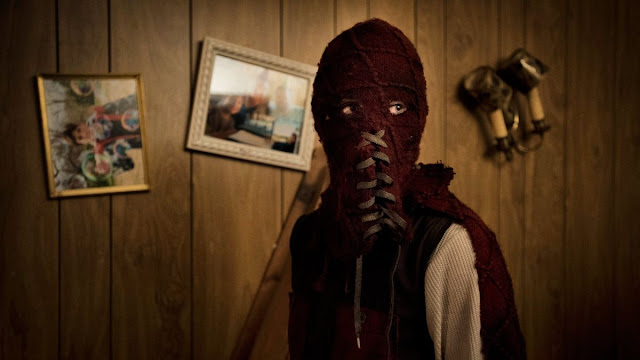 Brightburn. Take the world. What if Superman was evil? This movie asks that question. Lame. Fucking hated it. Like any child hitting puberty, this kid turns into a dick. What happens when a little shit discovers he has superpowers is he rages out and kills everyone with his godlike power. He does this because fuck it, that's why.

Rotten Tomato Consensus: Although Brightburn doesn't fully deliver on the pitch-black promise of its setup, it's still enough to offer a diverting subversion of the superhero genre.

Gist of this piece is this little kid discovers he has superpowers and decides to stop taking shit from adults, instead just straight up murdering them. Movie stars Elizabeth Banks who is lovely and wins the movie and David Denman who was Pam's first dude in The Office as the parents, Jackson A. Dunn who is the super kid, and Meredith Hagner and Matt Jones (Badger in Breaking Bad) who play his aunt and uncle. The Jones character's death is fucked as he jaw comes off in a real and sick way. 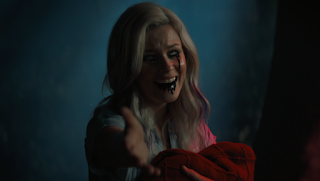 The movie is super uncomfortable. Not only is this kid killing the shit out people for slight perceived offenses, he is also becoming interested in girls. I was scared he was going to start raping little girls to death and such but they spare us this, thank fuck. But in the movie this would kind of make sense since when he breaks bad he gives no more shits.

Doesn't seem to be any way to take this kid down in this universe either. They have Cryptonite, or whatever, that Banks tries to kill him with. But no one is ever going to figure that shit out since it is hidden under the barn and what not. In the end we see him blowing up buildings and just being a super, flying dick. This begs the question, how long before we take something like this down with like a nuke or something. He isn't the only Justice League type hero out there fucking shit up either. We learn this in a nice little cameo tirade from the actor Michael Rooker who is some right-wing conspiracy TV guy like Alex Jones. This was about the only thing, besides Banks, I liked in the movie. In this scene we learn there is a "half-man/half-sea creature capsizing fishing vessels in the South China Sea" and "some kind of witch-woman who chokes people out with ropes." So basically Aquaman and Wonder Woman.

Anywho, we don't really see if the kid is the last of his kind like Superman but I would assume not. They make a big deal of him being like a parasitic wasp raised by bees in a hive that the wasp infiltrates and takes over. So, yeah, this kid's "parents" eventually, once they figure out they fucked up, both try to kill him, so like the wasp in this metaphor, he decimates those that raise him. You really feel for Banks as she is making a huge sacrifice in trying to kill this kid that she loved. This is why she wins the movie. Just like a real child though, he don't care, and takes her up to 30,000 feet and drops her. Bloop. He then immediately takes down a plane that is approaching, killing another couple hundred people. Lame and depressing, this ending. The news and shit picks this up and treats the kid as a victim which doesn't make any sense as the cops were there investigating him for murder and shit and called dispatch saying shit was going down after which they just disappear. Whatever.