American Gods is the greatest show of all time

While somewhat uneven of a program, on the whole American Gods is beautifully shot, has a compelling, otherworldly storyline, and (with the exception of Twin Peaks) is a better show than any other drama on television right now. Also, pretty much any show I finish is going to be of the greatest show of all time variety. 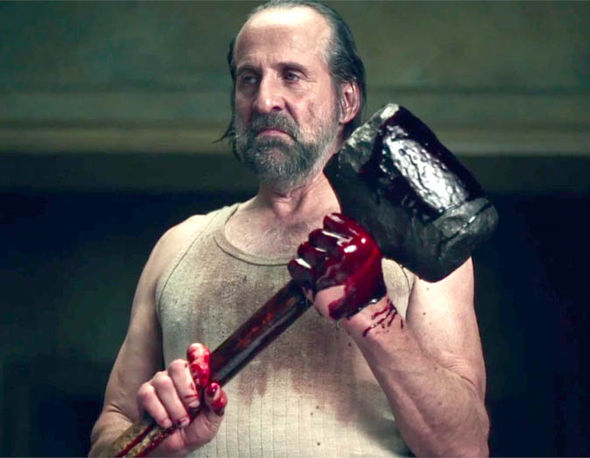 Faithfully based on the universally loved Neil Gaiman novel of the same name, the show follows the recently released from prison Shadow Moon (Ricky Whittle, only other thing I've seen him in is The 100), who starts working for a stranger he met on a plane, Wednesday (Ian McShane who is probably most remembered for Deadwood), who ends up being the Norse god Odin,  is rally a group of mostly forgotten gods (notably Czernobog played by Peter Stormare who was Karl Hungus in The Big Lebowski, Easter played by Kristin Chenoweth, Anansi played by Orlando Jones, and Mad Sweeney, a leprechaun, played by Pablo Schreiber whom you may remember as George "Pornstache" Mendez in Orange is the New Black, among others) who are about to get in on with new gods which include the likes of Media played by Gillian Anderson, Mr. World played by a surprising cool Crispin Glover,  Technical Boy, and others. While that is going on, Shadow is stalked by his recently deceased handful of zombie wife played by Emily Browning who was the little girl who survived the snap scene from Ghost Ship. Her and the leprechaun Mad Sweeney team up to try to get her life back to the normal persuasion.

Pros: Beautifully done. It's not on Twin Peaks' level when comes to the sheer beauty of the program, but it is damn nice to look at. This is especially true when we follow around the gods. Storyline is sick. Has some great source material. Has some noice kills.

Cons: Sometimes lags. Some of the stuff with the wife is not good.

Rotten Tomato Consensus: American Gods opens with a series of wildly ambitious gambits -- and rewards viewers' faith with a promising first season whose visual riches are matched by its narrative impact. 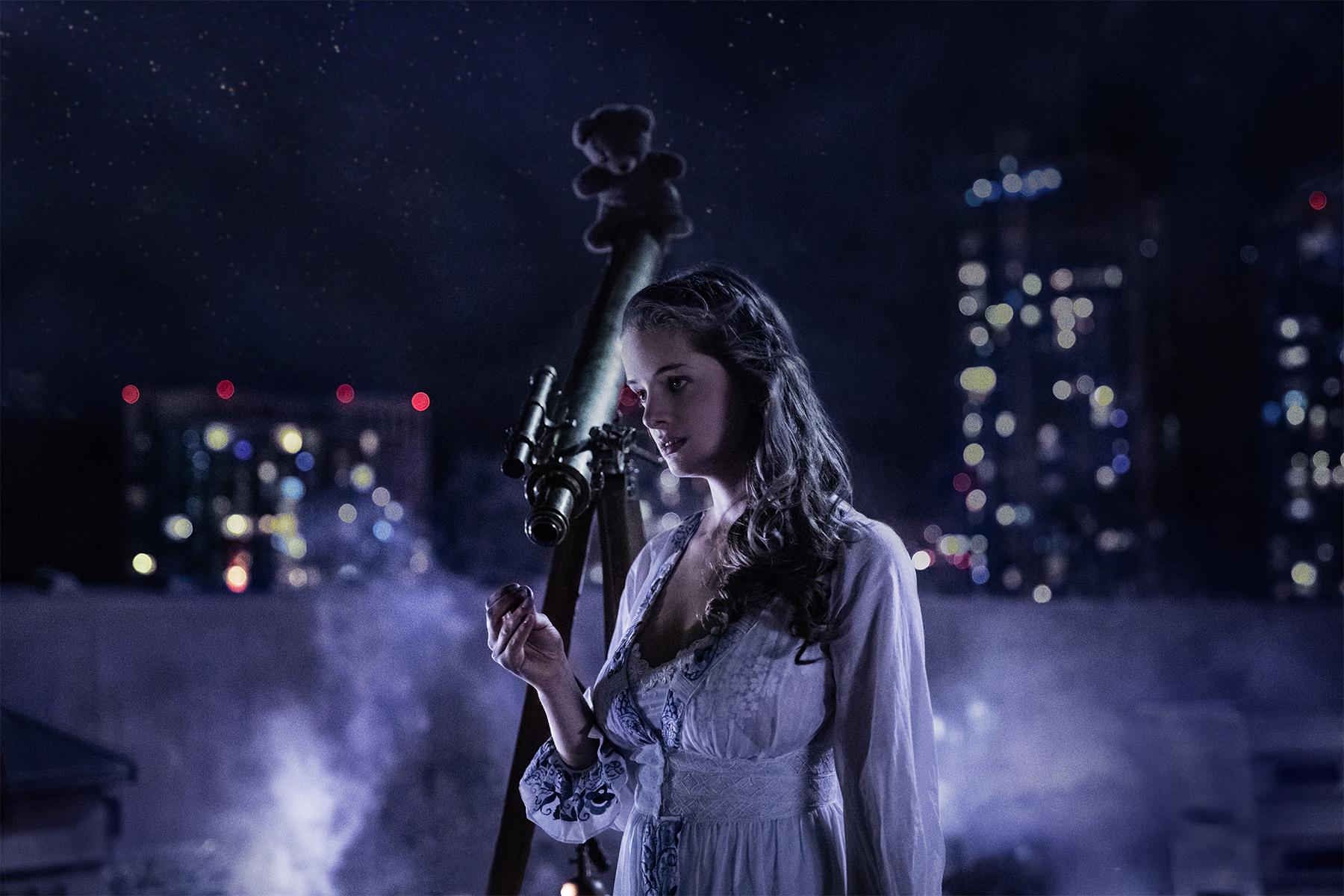 Notes: While I was disappointed with the first episode, the following couple of episodes were pretty sick. The show opens with a retelling of the prologue from the copy of Gaiman's book that I read where we see viking warriors come over a few hundred years before Leif Ericson, bringing with them their god, Odin (sort of like a Zeus in Norse mythology [read your Edith Hamilton if you didn't know that]). They make sacrifices and pay tribute to the wise one but it doesn't get them back home and they die alone in the new world. So when the vikings return, their god is there waiting for them. It is a hell of a way to open the series. From there though we get a drawn out meeting of the protagonist, Shadow, and this confidence man, Mr. Wednesday, that ends up being a god and eventually his employer. There are moments here that are solid but I didn't much care for the pacing in this early bit and was a bit worried I would make it very far. Some of the best parts that followed were the fertility goddess sexing peoples into a blissful death, everything involving Mad Sweeney, the meeting of Czernobog, the Slavic god of darkness, and his relations the Zorya Sisters (the Morning Star, the Evening Star, and the Midnight Star), and the bank robbery that the protagonists participate in.

Then I hit the fourth episode, "Git Gone," that follows Shadow's dead wife's life from the time when she meets her hubby to the time of her death. None of this stuff was in the book, or at least wasn't memorable, and provides a lot of unnecessary backstory. Throughout most of this episode I was checking the time left to see how much more I had to endure. Not a great sign. Though this was a whatever episode, there was a portion with some just amazing kills. Shadow is getting attacked and hanged by Technical Boy's goons when she comes to his aid with her super strength which she got from a coin that was accidentally given to her after her death, long story, that includes fucking buckets of blood. She fucking kicks a dude in the crotch causing his spine and skull to explode out the top of his body, shooting upward. It was sick.

At that point I hadn't really made up my mind on whether I liked the show or not, I was really unimpressed with that episode four. But then that episode "Lemon Scented You" rocked my shit and then it was fucking on like Michele Kwon. Here we get this amazing animated opening about a forgotten ice age god. The people who worship said god we see get killed off. This sets up this big meeting between old god Wednesday along with Shadow and the new--Media in the form of Marilyn Monroe, Technical Boy, and Mr. World, the god of globalization (his power is vast and cool). The meeting is powerful and sick. Mr. World has some cool shit going on. The group offer Wednesday a new life in the form of a North Korean nuke named in his honor to get the dude some serious zealots over seas and out of their hair. He declines.

In the episode "A Murder of Gods" we see what it is like to for a god to take such a deal. Vulcan, portrayed by Corbin Bernsen, the Roman god of fire, has gathered a group of loyal, gun-toting followers who are sort of Nazis. Life in the Virginia town where he has made residence revolves around the local bullet manufacturing plant. These sick bastards are REALLY into the Second Amendment. So Vulcan has adapted and has a little power but he's a dick. Agrees to make Wednesday a sword but then sells him out to the new gods. Having already made the sword, a total dipshit move, Wednesday uses it lop off his head. He then kicks his body into the molten metal that they make bullets out of which curses his worshipers, apparently. The finale was on another level dope. The duo of Wednesday and Shadow, as well as, unbeknownst to them, the duo of his "dead wife" Laura and Mad Sweeney, are on their way to visit Easter, Chenoweth, an old goddess of spring and resurrection who has coopted the April holiday. This episode we get killer revelations, a killer fight, and a god going full on deity. It's dope. It's totes worth the watch just for the buildup of this final episode.


On the whole, the show is a stunning visual work of art with a solid story-ark that moves along nicely. It explores themes of religion, meaning, the past, the future, and the other.  It is a show that requires some active viewing, i.e. the best kind of show, that should be rewatched and discussed. Stoked about seeing the rest of this piece.