Old is the worst movie of all time 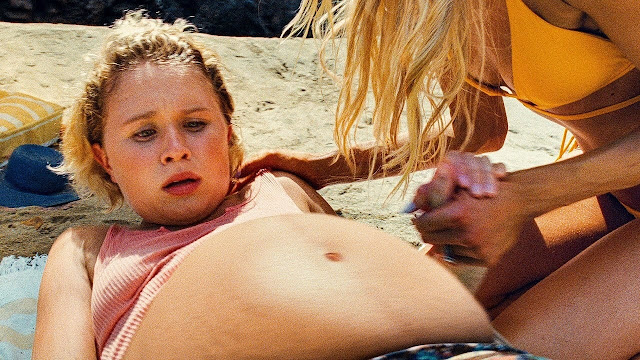 Old. AKA A Wrinkle in Time. “There is something wrong with this beach!” You've got to be fucking kidding me.

Old was the worst movie I haven't walked out of. Jawdropping, hilariously bad. The most likable character in the movie is a guy named “Mid-Sized Sedan.” It is horrible as a horror movie. Pretty extraordinary as fully unintentional comedy. “I can’t believe he got the money to make this movie, but I'm glad as fuck he did, ” said one of my viewing companions. It has a Rotten Tomato score of 50%. That is incredible. I can't believe people aren't dunking on this movie.

Gist of the movie is people at a resort are taken to an island and rapidly age so that a half hour is about a year. That's it. Then there is a twist.

Gonna start with the awkwardly hilarious dialogue horribly acted in a way that takes you out of the movie.

“Where are the resort people? I think we all have to leave this beach.”

Points to a corpse in a blanket. 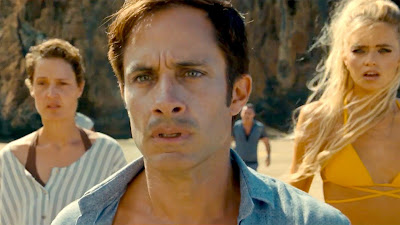 Obviously truly mesmerizing dialogue. Overall a fascinating movie. Not for good reasons though.

At first you think the kids (who start out YOUNG and end up in their 50s) still have a six year olds understand of the world. But then they are like wise, problem solving old people. Also, everyone is a fucking expert about this place. I mean, I like a mystery and thinking the fuck out of it over an afternoon. Especially science shit. Like figuring out how the stars rotate in the sky over the course of night/day. But I don't think I’d be able to logic what's going on out when I'm getting old and developing Parkinsons. But these guys get all of what is happening on the nose and how to escape it. Exposition, I guess. Gotta know why this is happening for the inevitable twist. That's my guess.

Spoiler from the trailer so not a spoiler, I guess. When the young chick shows up pregnant, it was more like, “ok, we are indeed really going there. That’s weird. Oh, it's over.” Completely gratuitous and unnecessary. Also forgettable somehow. Reminded me of The Blue Lagoon but way fucking crazier. Yep. The twist at the end is completely unnecessary, by the by. M. Night Shyamalan could have lopped off the last half-hour and no one would have noticed. But he needed to dial up the WTF just a little more.

This movie is batshit. BA-nanas. It was completely unlike anything I've ever seen before. That's for fucking sure. I wasn't bored. But goddamn. Maybe I sort recommend it for a hysterical laugh fest. I also like how the little boy ages into Stanley Tucci. Not literally, but he looks enough like him I heard other people in the theater whispering, “that’s Stanley Tucci.” 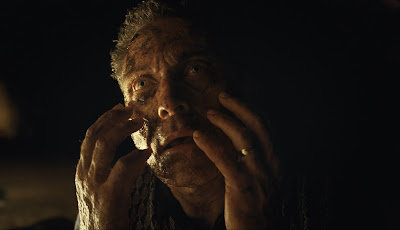 Favorite unintentional comedy moment was when a woman with a calcium deficiency is freaking out at the kids, screaming “don’t look at me.” Something you have to know here is that everyone heals like Wolverine, more or less instantly. Anyway, this lady went from being an actress who was one of the concubines in Fury Road to being wrinkly with a hunchback. The kids, now in their early 30s, of course keep lighting their matches to look at her. She gets progressively more pissed and starts throwing rocks at them. The rocks get bigger and bigger until she has a giant bolder over her head. Except her brittle arms can't sustain it. Her arm breaks and she falls, breaking the other arm. The kids light another match. She rages the fuck out. Just flailing her broken limbs around in a full-on tantrum. Quite an impressive and dissonant meltdown.

MVP of the movie is that Rufus Sewell guy. He's actually pretty good. Whenever he shows up I always think that guy is pretty solid, where do I know him? Why isn't he more famous?

Anyway, yeah, hilarious, zany comedy. Shit serious horror movie. I mean, they knew this was bad while they were making it, right?

Yikes. The flailing, calcium-deficient broken arms sounds really awful.
PCHH mentioned there's a boy who goes around asking everyone "what's your age and occupation?" as a terrible expository device. I think I'll pass on this one.