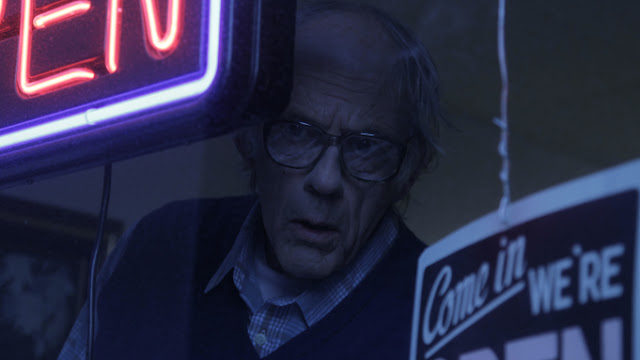 This flick about an adolescent with psychopathic tendencies on the trail of a serial killer with supernatural powers in small-town Minnesota totally rocks. The kid, who is Culkin esque, and Christopher Lloyd work well together in this fresh look on horror. It’s not often that I see something completely new in the genre. It’s dope. Even the female companion liked it.

Pros: Christopher Lloyd and the kid. Clever. Beats along really well. Story is sort of touching for all the mass murder.

Cons: At times CL’s grumbling is unintelligible. Hard to follow at times. Shitty CGI at the end.

Notes: Opens with the kid hanging around a crime scene. Cop asks him “what’s the prognosis,” which is a weird thing to ask a kid loitering around an active investigation. He’s dead so prognosis negative. Also, the kid isn’t old enough to drive, we see him walking around and riding his bike everywhere, and he has an antisocial personality but his mom, who owns a mortuary, allows him to work in the morgue and sort of play with the bodies that come in which is a little off.

For the first bit of the movie we see the kid going around doing rambunctious serial killer things like tooling on some asshole, playing with dead bodies, and writing reports about BTK to his very patient high school principal’s annoyance. It’s during this time that the kid figures out that the killer is stealing organs as trophies. 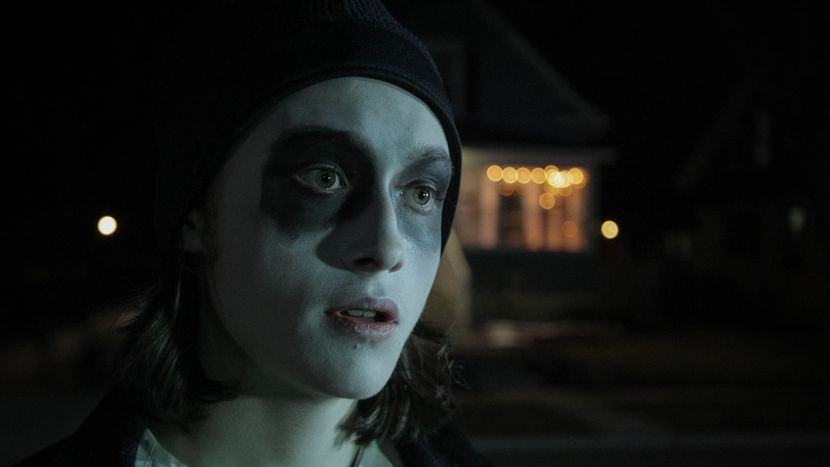 Now the kid does a lot of hanging around CL, witnessing various murders, sort of trying to stop him. The kid also does a lot of helping CL and his wife, who are elderly, with stuff around the house. During this time he keeps leaving CL clues that he is on to him and CL chases him around (though the kid is masked). Even though this goes on for a third of the movie, CL has no idea, maybe, until the end that the person he is chasing is the kid that has been shoveling his steps and putting him in the bath which seems impossible. Then again, at the end he makes it seem he has known all along. It is weird.

Anyway, it comes out that CL is organ harvesting from his victims to prolong his life, a life he stole from some guy many years before (things get a little muddled here). The kid finds a way to slow down the carnage, it has to do with CL’s love for his wife, until it gets to where CL is knocking on deaths door he is in such desperate need for a heart. Eventually, it comes time to see the thing inside CL. Up to here I kept wanting to see the transformation. But then it happened and looked like shit. With the budget you can’t fault the quality of the CGI but they probably could have done the same thing without it.