The Love Witch is the greatest movie of all time 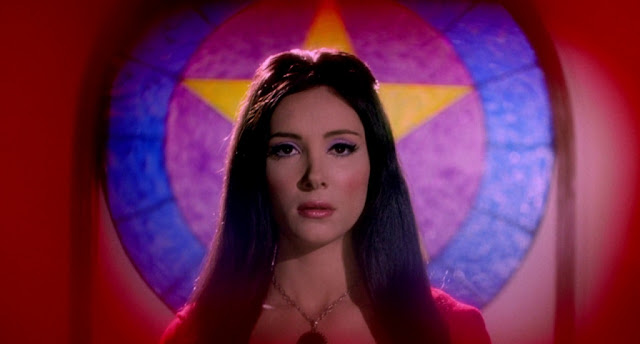 The Love Witch. "Men are like children. They're very easy to please as long as we give them what they want..." "I'm the love witch! I'm your ultimate fantasy!" I loved this movie. Like Season of the Witch except good. Solid movie with a lot of layers to unpack. Plus it is extremely visually appealing. Would be a hell of a movie to trip to.

Rotten Tomato Consensus: The Love Witch offers an absorbing visual homage to a bygone era, arranged subtly in service of a thought-provoking meditation on the battle of the sexes.

Gist is a a modern-day witch uses her magic to get men to fall in love with her before killing them for failing to live up to expectations. She drugs them with love potions made out of hallucinogenics before giving men "what they want." She is totally deadpan, which allows the guys to project whatever they desire onto her, which drives them crazy. It's a playful tribute to 1960s horror and Technicolor films, combined with its serious inquiry into contemporary gender roles. It's a super interesting take. 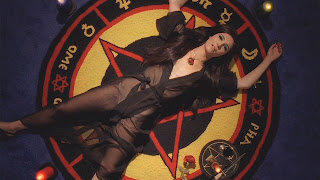 Came out in 2016. Was written, edited, directed, produced, and scored by Anna Biller. Stars Samantha Robinson (a very pretty lady) as Elaine Parks, the modern-day witch who uses spells to get men to fall in love with her. She played the role of Abigail Folger in Once Upon a Time In Hollywood. Didn't really recognize anyone else from the movie, but all the acting was serviceable. One of thems, one Laura Waddell, looks just like Chassie Tucker from At Home with Amy Sedaris, which is like my favorite show. Others include Gian Keys, Jeffrey Vincent Parise, and Jennifer Ingrum, if you've heard of any of them.

Watched this on The Last Drive-In with Joe Bob Briggs. It was his Valentine's Day special. He has a great interview with Biller. His drive-in totals highlight the six "wang doodles" in the film. Also talks a lot about how the movie is super colorful and looks so good because it was shot on 35mm film, instead digital. The last bit focuses on this crazy sequence near the end that involves a random renaissance fair and includes a mock wedding. It's out there... Again, love.

Really hard to pick an MVP in this since Robinson is so great in this role and Biller's vision is so well executed. Ultimately giving it to Biller for putting together such a fine and visually appealing film. Good shit.