Slums of Beverly Hills is the greatest movie of all time

Slums of Beverly Hills is pretty solid for being in the bittersweet coming-of-age dramedy genre. Natasha Lyonne, who is just a baby here, plays rising high school freshman Vivian who is dealing with her growing breasts and the boys/men in her life's fascination with those breasts and breasts in general. This all takes place as her conman father, played by Alan Arkin, whisks her and her two brothers from one shitty Beverly Hills apartment to another—Arkin though wants to keep them in the same public school system—while skipping out on the rent.

The foursome is pretty down-and-out until Marisa Tomei—Arkin's neice—shows up having just sprung herself out of rehab much to the chagrin of her old man, Arkin's millionaire brother. Arkin and Tomei (who is great) strike a deal with her pops, he will pay for them to stay in a nice place while Tomei goes to nursing school and the rest of them make sure she gets there and stays off of drugs. All does not go according to plan in the humorous yet painful/cringeworthy autobiographical tale in Tamara Jenkins's debut outing. She has since made one other film in the same vein, The Savages, which was indeed solid but a total bummer of a movie, and has one more on the way, Private Life, due out on Netflix later this month.

Cons: Ambiguous sexual quasi-assaults/assailants are given a free pass.


Disclaimer: My notes pretty much always contain some spoilers but I rarely give away the ending.
Notes: The movie starts by talking about the boobs of a child. Natasha Lyonne is a baby and is playing someone even younger. She at one point says she is going into the ninth grade. That would make her somewhere between 13-15. Get the discomfort out of the way, I guess. There will be plenty more and worse where that comes from. 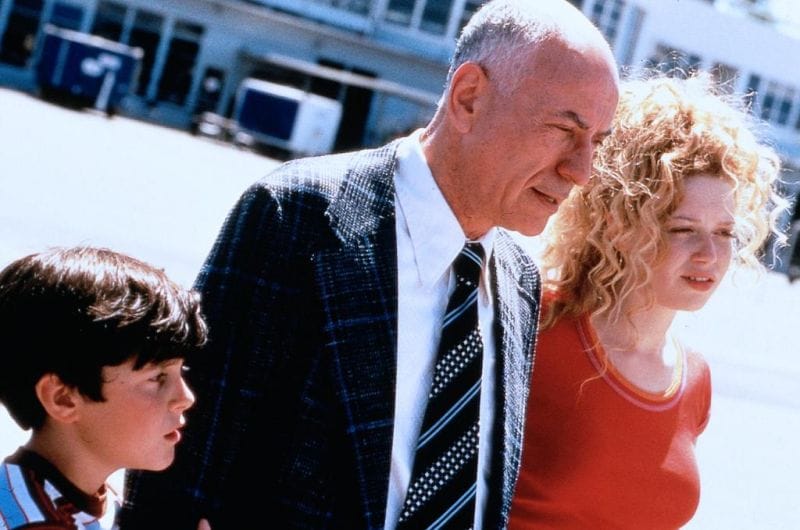 Yeah, on that note... this almost has the feel of a John Waters movie. Would be if it had more camp and took place in Baltimore. This, however, does not take place in Baltimore and does in fact take place more-or-less solely in Beverly Hills in the year of our lord 1976. Love LA in the 70s movies. Hollywood seems to really have that time period of the 60s and 70s down, Inherent Vice and The Nice Guys are two of my favorite more recent ones. SOBH I'd say doesn't quite make it to that level but is pretty damn close for I imagine a far less impressive budget.

So Arkin, the dad, is a complete degenerate. Though he is sort of lovable and his kids adore him, we see over and over that he not a very good guy. Runs out on various landlords that he owes money which he justifies by saying something about how they are overcharging, says racist shit, gambles his money away, so forth. The worst thing though is what happens with his niece and the implications of that action. Yeah... while Arkin and Tomei have a little group cry over their respective situations, Arkin grabs Tomei's boob in a terrifying sexual advance. This happens with Lyonne at the door, disgusted. Tomei brushes the grope off smoothly while saving Arkin's feelings. I took the ambiguous scene to imply that this sort of thing had been going on for years with Arkin molesting his niece since  god knows when. My female viewing companion, however, did not see it this way. Regardless, that ain't good.

Though that is fucked, the movie is mostly endearing moments with the dad and all the kids. Like most of the time they are together in the car, out looking for a place to stay while pointing out celebrity homes. And also when the littlest kid freaks when his older brother tells him that dad is a senior citizen. The little guy doesn't want him to die is the implication here. And then there is the Eskimo kiss shared between Arkin and Lyonne. All touching stuff.