Wonder Woman is the greatest movie of all time 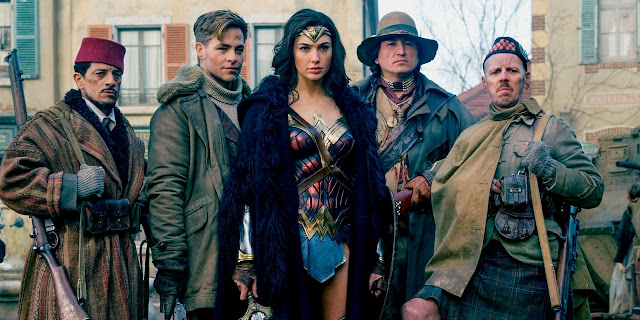 I've touched the darkness that lives in between the light. Seen the worst of this world, and the best. Seen the terrible things men do to each other in the name of hatred, and the lengths they'll go to for love. Now I know. Only love can save this world. So I stay. I fight, and I give... for the world I know can be. This is my mission, now. Forever.

Trully the greatest movie of all time? Yeah, not quite. Visuals are stunning, action sequences are insane. Plot is decent. Gal Gadot is a star, sort of, but her lines and acting weren't the best. However, she nailed the role.

Rotten Tomato Consensus: Thrilling, earnest, and buoyed by Gal Gadot's charismatic performance, Wonder Woman succeeds in spectacular fashion.
Cool to see Germans that aren't Nazis. WWI, so the Nazis are still the bad guys. Cast is great, like with any super hero movie. Lot of "that guy" actors. Liked that Danny Huston was in it. Love a Huston in any movie. Also, Robin Wright is smoking. More so now than ever. Grrr. 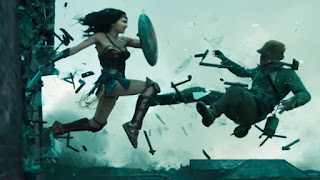 Overall, it's fine, but I didn't think it was anything special. Sure, Gal Gadot is solid and hot. I mean she's no Margot Robbie, and sort of seems like an idiot, but she's an A-list act/beauty. But the film is a lot of really bad Wonder Woman dialogue. A lot of Gal Gadot saying to Chris Pine, "let's save those people," him being like, "are you crazy? We can't do that," and Wonder Woman being all, "We do nothing? I will do it myself." Then doing it. Repeat.

Also, a lot of bad CGI. I'm not sure what is going on with DC's CGI, but it always looks like shit. I dig how colorful the DC movies are when it visuals. But they get super cartoon when fighting the big bads at the end.

While it's the best of the DC movies going back to the Christopher Nolan Batman flicks, it'd be in the back half if it were a Marvel movie. Villains are extremely forgettable and numerous. Ares is no Loki, for example. But it's solid and fun.