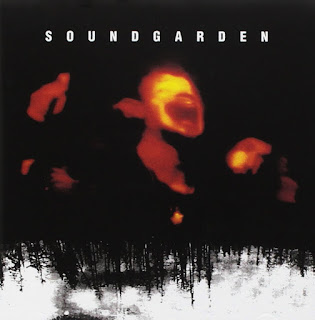 Saturday night listen. Have a habit of going out. Popping some Delta-8. Making a cocktail I chase with a beer. Firing up my kick ass JBL portable. Putting on something from my youth. Lighting up a C-gar. Putting the wheels up and rocking out. Did that shit this evening, let me tell ya.

Universe was telling me to revisit Superunknown by Soundgarden. Bartender last night was wearing the shirt, then I caught Fear Street: 1994. So here we are…

One of my first CDs. Got it back when the way you stole music was 12 CDs for a penny under a fake name. Columbia House was so fucking stupid. Had maybe five CDs before that. Those 12 were all classics. Didn’t care for the Aerosmith one though. Wasn’t my taste. I’ll maybe do the rest soon.

Anyway, kicks off with “Let Me Drown,” which rocks the fuck out. The hits were incredibly solid. “My Wave.” “Spoonman.” “The Day I Tried to Live.” “Fell On Black Days” was a difficult listen with the way Chris Cornell eliminated his own map. Still a good song though. “Black Hole Sun,” fuck yeah. Used to playfully mock my sister with this diddy, “Summer stench,” I’d sing. She is a @girlnamedsummer.

Deep cuts I loved but forgot about over the years include “Mailman,” “Half.” “Head Down” is a personal favorite.