Fantasy Island is the worst movie of all time 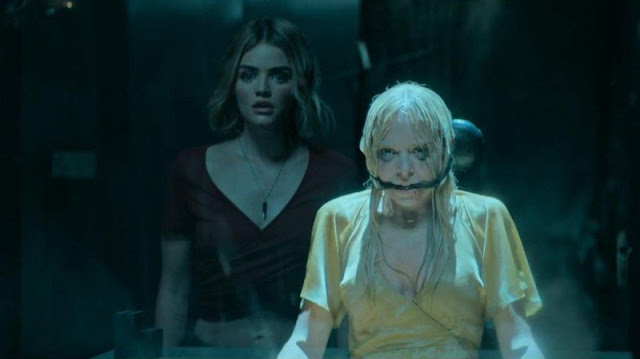 This was a bullshit movie. Maybe you had to be into the show. I'm not entirely sure if they are even connected. It seems like it might be a prequel, the timeline is all kinds of fucked up on that. All I know is this movie sucked. Sort of started out interesting and kept getting worse and worse before coming to a crescendo of suck.

Rotten Tomato Consensus: Fantasy Island tries to show audiences the dark side of wish fulfillment, but mainly serves as a cautionary tale about the dangers of exhuming long-dead franchises.

Oh boy. Gist is a group of young people win a free trip to Fantasy Island, where they get one wish granted during their stay on the island. The place is Westworld for the lazy. The island is magic, you see, with some magic TV rock and water that does shit too. However that shit comes at a price, and who is to say that they aren't part of someone else's fantasy? Late in the movie we find out that is exactly what's up. Spoiler. Her fantasy is to get revenge on all the people that led to her losing the love of her life, who we find out she went on sort of one date with. She fucking cray.

Directed and co-written by one Jeff Wadlow, who is behind some of my personally most loathed films. Cry Wolf and Truth or Dare?, for instance. Stars Michael Peña, who I hate, as the dude who runs the island. He's sort of the Richard Alpert in Lost. Peña is the sidekick from Ant-Man. He's also a Scientologist. Again, hate him. The beautiful Maggie Q whom you might remember from Mission: Impossible III  or the Nikita reboot from 2010. Lucy Hale from Truth or Dare?. Austin Stowell and Portia Doubleday I don't recognize. Doubleday plays a woman who bullied the cray chick and has continued to be pretty much a piece of shit. But she's learning. Jimmy O. Yang from Silicon Valley,  Ryan Hansen from Party Down, and Michael Rooker from The Walking Dead and the Guardians of the Galaxy movies (he's the blue guy with the arrow).

Not really sure that anyone really won the movie. Maybe Doubleday, who actually showed a little bit of range. However, didn't really give her, or anybody, a lot to work with. This is not a good movie.