Hubie Halloween is the okayest movie of all time 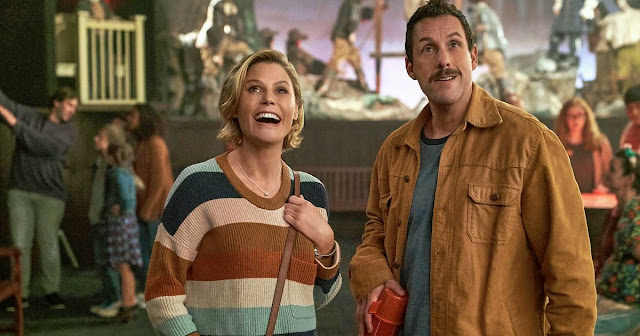 I’m asexual, but that girl’s making me hella horny. Adam Sandler movie. It was fun, but I don't think I laughed but maybe a handful of times. I think that was mostly at Maya Rudolph. Love her. Oh, and when all the news anchor ladies (one of whom was a news anchor in real life and was fired for breach of contract for appearing in the film, which is some bullshit) were dressed as Harley Quinn. Maybe once or twice at Steve Buscemi. Overall it was a good time, but I'm not gonna remember it a year from now, and it's not super rewatchable like Billy Madison or some of his other best films.

Rotten Tomato Consensus: Viewers immune to its star's charms won't find it much of a treat, but Hubie Halloween is sweet enough to satisfy fans of Adam Sandler's antics.

Gist is that this sort of idiot played by Adam Sandler named Hubie Dubois, sweet guy, like fucking lives for Halloween in his hometown of Salem, which he fucking loves the shit out of. Yeah, he gets bullied constantly. Slowly, those bullies start to disappear. Foul play is indeed going down though Hubie suspects there is a supernatural element at play. Hubie shares a lot of DNA with Bobby Boucher from The Water Boy. Same voice and demeanor. Basically a lovable idiot. 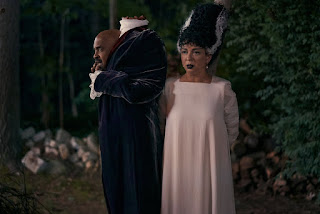 Movie stars Adam Sandler. Still a fan. I know he had a few duds in there, but generally, his movies are still enjoyable. Also in the flick are Kevin James, Julie Bowen who is the love interest and was the love interest in Happy Gilmore, Rob Schneider, Kenan Thompson, Shaquille O'Neal, and Steve Buscemi. Bullies include Ray Liotta (whose always a dick), Maya Rudolph (she's the best), and Tim Meadows, among others. Best cameo though was from Ben Stiller who reprises his role as Hal L., the raging orderly from Happy Gilmore. Sandler's wife and kids are also in the movie, which is pretty endearing.

Ok. Quick bone to pick. I usually don't pick a whole lot of nits, but after Hubie saves the day at the end, we cut to a year later. Hubie is now the mayor of Salem. That means that he would have had to get elected the previous year, like a week after most of the movie goes down. Pretty sure that he would have already had to do a bunch of stuff to get on the ballot at that point with early voting and all. Plus he no time to campaign. Must have been one hell of a write-in situation. But, yeah, not really the point of the movie, I guess.

For me, the MVP of the movie was Salem. I'm totes going there for Halloween some year. Town really gets into it with its history and everything. Looks to have a carnival-type atmosphere. They know how to do it up.