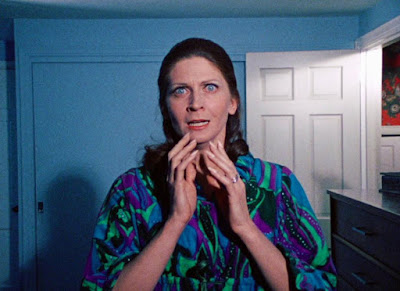 Your own goddamned daughter, balled in the next room and you go with it. Not to be confused with the Nicholas Cage movie from 2011. I'm talking about the 1972 George A. Romero movie. At 11% on Rotten Tomato, I am sure the Nick Cage (I'm definitely a huge fan of his) movie is more watchable.

Found this on the Criterion Channel. Romero feminist movie. Sign me up. But this ended up really not being my cup of tea. The movie is a complete mess. It goes off the rails in the first minute of the movie and never recovers.

The lead actress, one Jan White, is pretty good for an amateur. I'd give her the MVP for sure. This is more or less a film for Romero completists only, though the film was more or less taken from him by the producers. Really not worth watching, in my opinion, though it is a Criterion Collection movie, for god knows what reason.