Kajillionaire is the greatest movie of all time 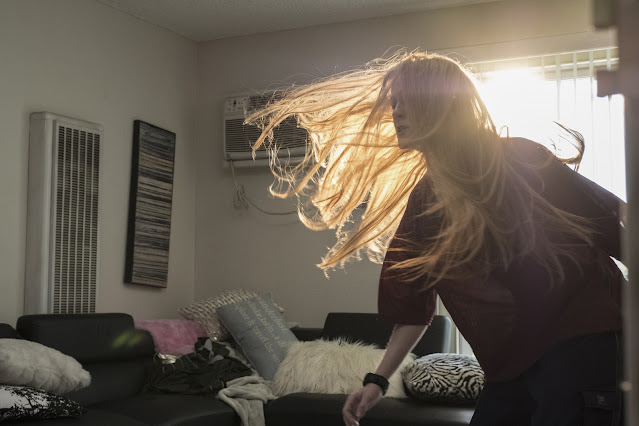 You want us to be false fakey people. We don’t make pancakes, or wrap up little birthday presents. Or call you “sweetheart”, or “baby”, or do a little dance. Man, this movie was great and heartbreaking. This beyond strange heist movie/family melodrama touches on the transactional nature of relationships. I definitely cried a little bit and haven't stopped thinking about it since I watched it two weeks ago.

Rotten Tomato Consensus: Whether you see Kajillionaire as refreshingly unique or simply bizarre will depend on your cinematic adventurousness -- and fans of writer-director Miranda July wouldn't have it any other way.

Discovered Miranda July, the writer/director, whilst reading The Best American Nonrequired Reading 2007. There is a scene in there from the script for Me and You and Everyone We Know. Scene: Pair of brothers, six and 14 years old, have a joint online chat with a woman of a sexual nature. The woman starts getting into poop play, and the boys start escalating it, eventually creating this emoticon "))<>((" and talk about "pooping back and forth, forever," where he would poop in the woman's butt, and then the woman would poop in his butt, and back and forth they would go. Well this chick gets into it. I thought it was pretty funny in written form. So I sought the movie out. Did not like. Especially didn't like that scene. No fucking thanks. 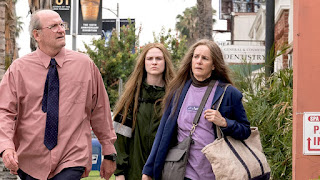 But figured I'd give this Kajillionaire movie a try after reading an interview with July in the New Yorker or somewhere pretentious like that. She seems cool, and the movie definitely intrigued me.

Gist of Kajillionaire is that Old Dolio--that name, I know--played Evan Rachel Wood from Westworld, lives with her parents played by Debra Winger (Terms of Endearment, An Officer and a Gentleman) and Richard Jenkins (Six Feet Under, The Shape of Water) in an office building filled with junk next door to an industrial laundry mat or something. Part of their arrangement is they have to clear the suds that seep in from the ceiling every night. They be scammin'. Split everything three ways, which is important at the end. About to get evicted for being three months behind on rent, they've got to come up with something big to earn the $1500 in back rent. Old Dolio comes up with a plan to get the money by scamming an airline by claiming her bag was lost (also, they got the tickets through another scam). On the plane, her parents meet a young woman looking for a bit of excitement, this character played by Gina Rodriguez from Annihilation. She and the parents hit it off and invite her into their crew, using her to get another string of scams off the ground. Old Dolio and her's relationship slowly evolves as the one she has with her parents crumbles. 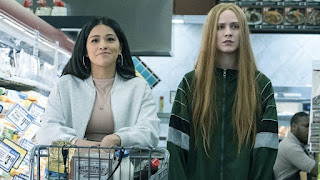 Poor Old Dolio. Really feel for her. Gets no love from her parents and actively fuck her over. She is just looking for someone good to connect with that will open up their heart to her. Just wants to crawl up there and feel a little warmth, which she's never had. She is a pretty broken woman, but she is trying.

Evan Rachel Wood is so good in this. She really hurts my heart. She is so awkward and so broken by her parents, and everyone really. Total MVP of the movie. July paints one hell of a picture though. Reminded me, in some ways, of Slums of Beverly Hills. Similar vibe, liked this better though, which says a lot. Everyone in the cast was great, a definite testament to July. Jenkins is always pretty much perfect and is again as this huge prick of a dad, Rodriguez shows a ton of range, and Winger is cold as ice. Worth checking out, for sure.