The Final Girls is the greatest movie of all time

After two huge duds, one being legitimately one of the worst movies I’ve ever seen in my life (which can be summed up with, “I don’t want to see that”), I decided to rewatch something I knew was fucking great. Seeing this just three weeks ago, I fucking loved it, decided to give it another go and see if it holds up. It wasn’t quite as good as I remembered but was still pretty awesome.

This is not to be confused with Final Girl. That movie stars Abigail Breslin of Little Miss Sunshine, Signs, Scream Queens, so forth, who is trained from childhood by Wes Bentley from American Beauty to murder a group of high school dipshits that hunt girls from their shitty little town. It is fucking terrible. (Making them more confusing was both movies featuring actor Alexander Ludwig in key supporting roles).

The Final Girls, on the other hand, is sensational. This one, the good one, features a group of young people who go to a screening of a cheesy 1980s slasher film called Camp Bloodbath that the main girl’s dead mom starred in. It’s sort of like if Don Knots was into horror instead of Pleasantville. Love that self-aware horror/comedy shit but be advised that this is much more comedy than horror.

Rotten Tomato Consensus: The Final Girls offers anaffectionate nod to slasher tropes while adding a surprising layer of genuineemotion to go with the meta amusement.

Pros: Great fucking cast. Postmodern horror. Movie within a movie dialogue is hilariously bad. Don't feel the need to explain a lot the "why" that doesn't need explaining.

Cons: End is a little weak and doesn't make a lot of sense (but it doesn't really have to). Not super taunt. Feel they could have cut it down another 10-15 minutes. A bit on the mushy side.


Disclaimer: My notes pretty much always contain some spoilers but I rarely give away the ending.

Notes: The opening scenes are just okay. Set up that the main actress's mom, who rose to fame in a slasher film with a huge cult following, died in a car wreck and she is still dealing with it as her friends convince her to go to a screening of  said slasher flick for mostly selfish reasons. She has buddies that are trying to help get her through it and such (this group includes Ludwig [who also played the blond asshole in the first The Hunger Games movie] as the boy she likes and her BFF Alia Shawkat who played Maeby Funke in Arrested Development), a frienemy who used to date this dude she likes, and Maeby's brother who is a film geek that fucking loves Camp Bloodbath. Thomas Middleditch, the Pied Piper dude from Silicon Valley, plays this role perfectly. He's a Jamie Kennedy in Scream type horror nerd. I always identify with that guy.

Camp Bloodbath, the movie within a movie, is super fucking good. So cheesy. Pays homage to a decent amount of horror but mostly spoofs Friday the 13th. CB starts out with a Chainsaw esque scene with the kids riding along in a van just like in TCM. Obvious with allusions to Friday include the enormous mentally handicapped killer who is basically Jason Vorhees with a different mask. Not as much with Nightmare but the survivor girl in the movie within the movie is named Nancy.

Then, out of nowhere, the they get sucked into the movie when they cut through the scene to escape a theater fire. I like that they don't feel the need to try to explain this. Here it is. This happened. Just roll with it.

I will stress this again: the cast is amazing. Not only do you have the previously mentioned folks, you also have Adam Devine who fucking is Adam from Workaholics. In this he drops "fag" which was unfortunately common in those types of movies. In this movie, however, this behavior totally gets called out in a clever and progressive way. Workaholics asks Hunger Games, "What are you, a fag?" After Hunger Games replies that his dads are gay and he will not stand for that sort of shit, Workaholics says, "Yeah, right! Gay guys can't have kids! They're too busy going to discos and having sex with each other. It's actually a pretty cool lifestyle." So good. 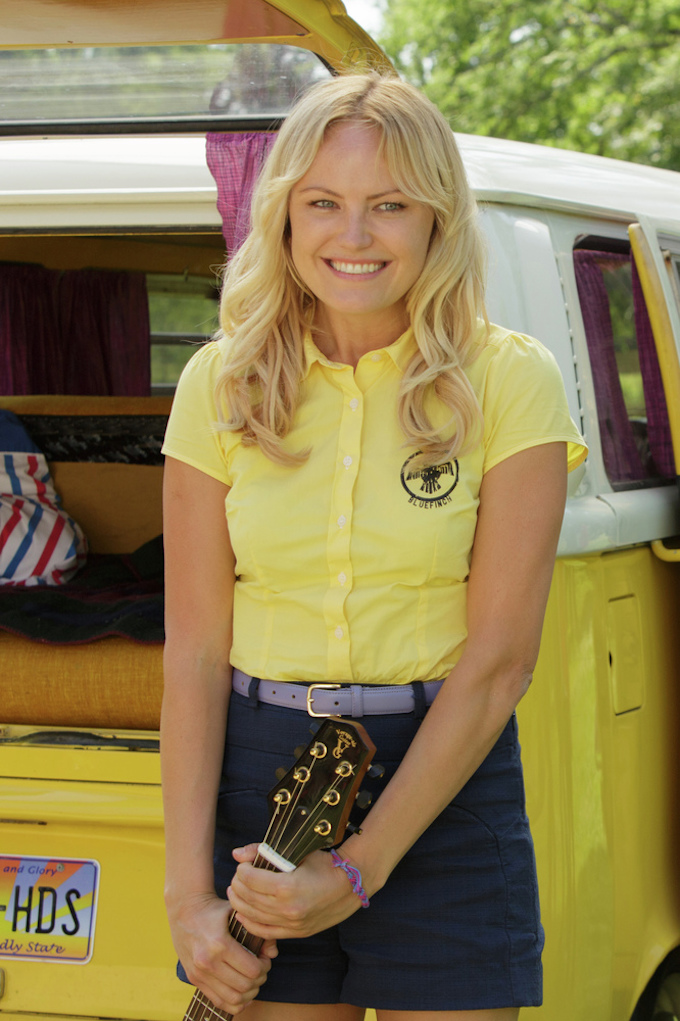 Also, I am totally in love with Malin Ackerman. She looks the same as she did eight years ago in Watchmen. Shit, she looks roughly the same age as American Horror Story even though she plays her mom. And fuck, she is 16 years older than AHS so could actually could be the girl's mom.

One last note, early in the movie, the kids go to a Frostop Root Beer Stand. These used to be more abundant than they are now but if you ever get a chance, you need to go to one. There was one a town over from Kenyon College where I did my undergrad. This was one of my monthly splurges and I bought one of their root beers almost every day. Found one a few years ago while driving through Tell City in southern Indiana. Below is a picture I took of it at the time. Good stuff. 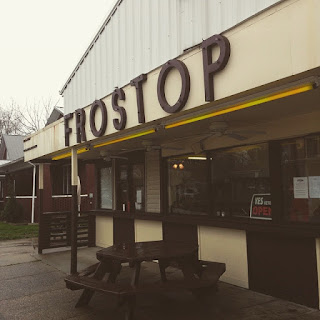