The Clovehitch Killer is the greatest movie of all time 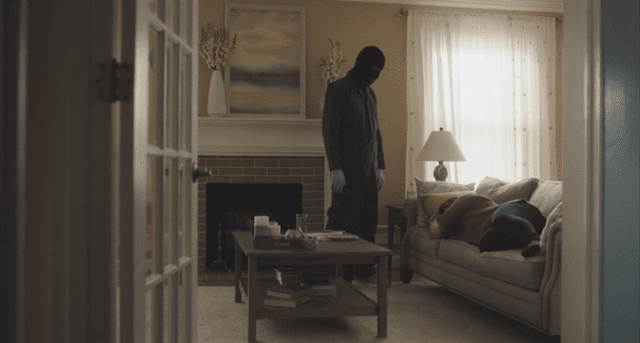 The Clovehitch Killer. "The first murder happened before I was born. The killer called himself Clovehitch, after his favorite type of knot. Our town lived in fear. And then, ten years ago, he stopped."

Rotten Tomato Consensus: The Clovehitch Killer patiently dials up the tension with a story that makes up for a lack of surprises with strong performances and a chilling wit.

Gist of the movie is an Eagle Scout type kid named Tyler finds disturbing images depicting extreme bondage hidden in his father's shed, and he begins to suspect may be responsible for a series of unsolved, serial murders in their rural Kentucky town. Share a lot of DNA with BTK, that piece of shit.

Film stars Dylan McDermott as the killer dad (who was great), Charlie Plummer as Tyler (whom I've never seen but was stellar, Samantha Mathis as the mom who has a face that I can't place, and Madisen Beaty as a victim's daughter who helps Tyler in his investigation who I immediately recognized as the one with the hair from Once Upon a Time... In Hollywood. MVP is a tough call. McDermott is great but is basically playing hero ball. The two kiddos were both phenomenal and more subdued. Ultimately, giving it to Plummer who has to carry a lot of the emotional weight of the film.

I thought the movie was fine until the third act when it really stepped it up a couple of notches. Would have been a pretty forgettable disturbing movie otherwise. Type of low-budget flick that you think of as quintessential independent. One big (ish) named star. Solid upstarts. I liked it.