The Frighteners is the greatest movie of all time 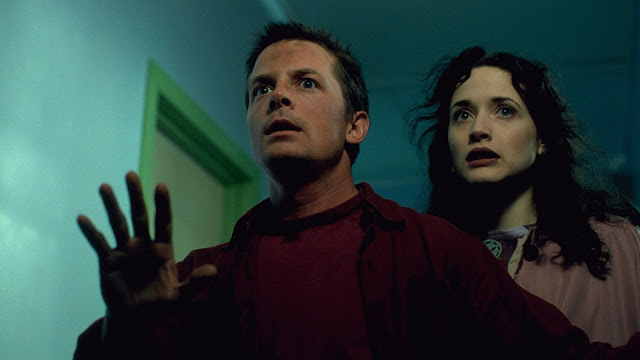 I was really into Peter Jackson when this movie came out. I loved a movie of his called Dead Alive that is all gore and is fucking amazing. This was his transition film from B-movie director to Hollywood. When The Frighteners came out, I was stoked. And I at the time I loved it... Annnnnnnnddddd, I still do; however, there are a couple of things...


Side note about the history of this movie: This was apparently the movie that got Jackson Lord of the Rings because of Jackson’s visual effects company, Weta Digital, when LOTR was supposed to be a much lower budget film. Also, this was originally supposed to be a Tales from the Crypt spin off, which is insane, and was Fox’s last starring role on the big screen before the Parkinson’s forced him into semi-retirement. There are times in the movie where his hands shake a bit.

Notes: In The Frighteners we follow architect/medium Frank Bannister, played by Michael J. Fox, who gained the ability to talk to ghosts (and sort of see the future) following the murder of his wife by an apparition. He uses this ability and his dead buddies to con people into paying him to ghost bust their homes. Eventually he is ousted as a charlatan, but when the spirit of a mass murderer appears able to attack the living and the dead, posing as the Grim Reaper, Frank is prompted to investigate the supernatural presence which he rightly believes to be the entity that offed his old lady.
Frank is easily the worst driver of all time. He is all over the road early. Lanes are apparently optional. Cuts everyone off and runs everyone in a funeral procession off the road, nicely done. Then he parks in the entrance of the cemetery, blocking everyone one. This is just the beginning (he wrecks it multiple times chasing Busey and lets not even mention the wreck that factored in to his wife's death). Cool car though. Old Volvo. Looked it up. It's a 1959 Volvo PV 544 Sports Sedan. I'd look so cool driving that.

One of the people Frank hustles, this couple named Ray and Lucy. Really like this idiot Ray. He is such a meathead. Might as well be named Biff. He is one of Busey's first victims and he is pissed about it. When he dies he is the only one sad at the funeral. Thinks it a tragedy. He is pretty funny, actually. In the scene where Frank and Lucy, Ray's wife, go to a medieval times place for some unknown reason, the guy is totally out of control. He wants Frank to lie about money of her's he lost on a bad investment and then calls her a bitch when she says that is typical Ray. He also refuses to move on even though she clearly is. Though this doesn't sound very funny, I assure you it is.

Also great is the guy from Re-Animator, Combs. I don't really know why he isn't in more things just based on cult status alone. No only was he in this movie and more or less the star in Re-Animator, he also starred in Castle Freak, From Beyond, and Trancers II. That is cult god status. Think of him as a sort of less attractive Bruce Campbell. In this movie he is a complete neurotic fool. Throws up when women talk to him and says things like "My body is a roadmap of pain" which is some pretty cool nonsense to say.

All in all, I consider this movie nearly flawless except for the really bad CGI. I remember it being fine at the time. It did not age well. There is a scene at the end, not to give too much away, where it looks especially shitty. You'll know the part when you see it. Weta Workshop was in its infancy at the time and was considered advanced in 1996.