Sleepaway Camp II: Unhappy Campers is the worst movie of all time 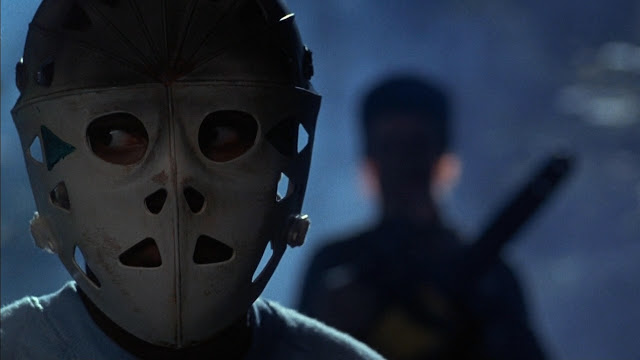 Sleepaway Camp II: Unhappy Campers. What does everyone remember about Sleepaway Camp? Tiny penis. Take away the penis, Angela's motivation to kill, the main actress, and a plot that sort of makes sense, and then bate and switch the cover with the film and you have Sleepaway Camp II. This is the movie that did it. I can't ignore the shit. No more every movie is the greatest of all time. I genuinely believe that I could do a better job. The crap a buddy and I did in college was better than this and it was like really, really bad. Like worst movie anyone had ever seen at a film festival bad. And this is maybe worse. It's Rotten Tomato score of 38% is shockingly high. It was maybe the worst movie I've ever finished... yet there are more of them to come. Yeah, you fucked it Sleepaway Camp II. You are the worst movie of all time. 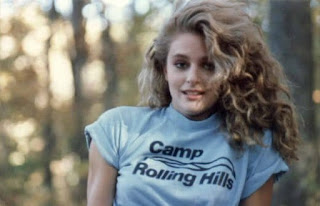 Pros: Hotter chicks than the original. Decent amount of nudity. That's about it.

Cons: The actress that plays Angela. There is barely a plot. Nothing makes sense. Shits on the previous movie. Some disgusting kills. The ending made me angry it was so dumb.

Gist of this movie is that half a dozen years or so after the event of the first movie, Angela, the trans character from the original, had a sex change and is reformed whilst living under a new identity, we hear at the beginning. She has become a literal campfire tale meant to scare bad counselors. But that shit don't matter as even slightly irritating Angela, who unbeknownst to anyone is working at the camp, results in a creatively gruesome death. Angela is now played by Pamela Springsteen, who is indeed sister of "The Boss", for the next few movies who is not so great. Along side Springsteen are Renée Estevez of the Sheen/Estevez clan whom you may recall from Intruder, Tony Higgins from nothing, and hotty Valerie Hartman who was in an episode of Cheers and what appears to be a soft-core porno called Intimate Obsessions. Hartman also got work in Sleepaway Camp III: Teenage Wasteland as the assistant the director/raccoon wrangler which sounds like a hell of a gig. 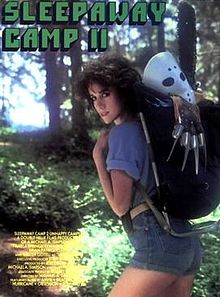 Some quick takeaways. The chicks are pretty decent looking and are not children in this movie. The one that Angela really fucking hates, played by Hartman, named Ally, who refuses to wear clothes and shit--which, you know, okay with--looks like Alicia Silverstone. Angela is completely in love with camp now since it went so well the first time around. Her winning councelor of the week or whatever is like the peak experience of her life, we eventually see. Weird since here everyone calls her a "dyke" a lot and what not which aged extremely well and all. Also great for the old self-esteem, I'm sure. This is probably why she is just a straight up psychopath whereas in the previous one she needed a reason to kill people. They sort of address how she kills anyone whether they follow the rules or not when she kills one chick because she talks to much and a chick that witnesses it because she is "going to tell" and she's "whiny". Lastly, so many mullets. It's insane. Even by 80s standards.

Gotta say something about the cover of this flick. I remember seeing this at the video store as a child and being super into it. Basically thinking it was going to be the greatest/scariest movie of all time. On it, there is an actress that isn't in the movie, prettier than Angela, carrying a backpack with Freddy's glove, Jason's mask, and Leatherface's chainsaw. I sort of imagined this to be like Freddy vs. Jason with Leatherface thrown in and this pretty lady that was like hunting them or something. This was obviously not the case. It was basically kids playing around and putting that stuff on to scare people which got them on Angela's radar and ultimately killed. That's some bull shit.

Favorite scene is sort of dumb but whatever. It is at the end when Estevez's crush gets his head chopped off and Angela sticks it in a smashed TV at the cabin she is storing everyone at. When she gets Estevez subdued or whatever in the cabin and is like, "let's see what's on TV" or what have you. It was dumb but got a little bit of a chuckle out of me. 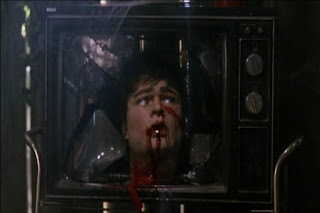 As far as an MVP goes... Jesus. IDK. I guess the hot chick that refuses to wear clothes. But she gets drowned in an outhouse. What you would call a "bad death". Thought about going with Estevez since she survives to the end although that's about the only reason she would attain such honors... Nope, still going with the one topless chick that gets leached/drowned to death in shit.