Lenny Cooke is the greatest movie of all time 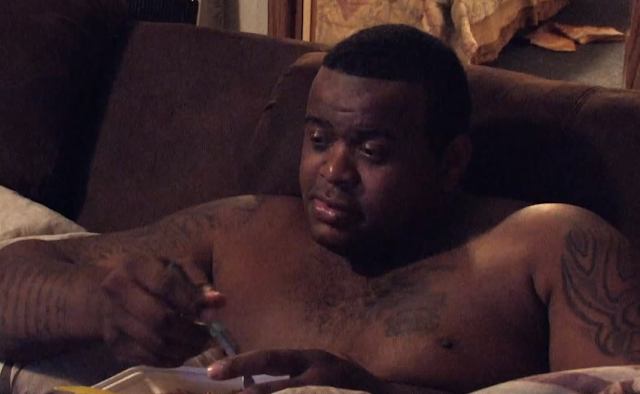 Lenny Cooke. "Like on Christmas Day, you think you’re getting this toy, and then Christmas comes, it’s not under the tree. It breaks you down emotionally. I broke down, realized I got bad advice. But you wonder, why not? Why didn’t my name get called?” Because you can't fucking play.

Directed by Josh and Benny Safdie, the guys who did Uncut Gems. Liked that better but this is apples to oranges. The film follows this high school basketball player, Lenny Cooke, for about a decade of his sad life. In 2001, when the film starts, Cooke is one of the top ranked high school basketball players in the country. At that time he has ladies hanging on him, asking what team he plays for and shit like that, living it up with his boys.

He thinks he is going to get picked in the 2002 NBA draft, but goes unselected. From there, we see him play in a series of minor leagues, getting fatter as times goes on, before finally he quits basketball. By the end he is living in some shit town in Virginia with his fiancée, who is getting tired of his shit while working two job, and his many children.

This guy. The takeaway is he thought he was going to the NBA out of high school with no fucking game. The little bit we see when he played LeBron when he was a senior and LeBron was a freshman shows that dude would never be able to hang. Meanwhile, the idiots he surrounds himself with tell him he is a shoe-in to go pro. None of these people know anything. The people that do are to polite to say he is garbage now.

The end is pretty brutal. Dude got fat and just lived off his glory days. No job and no prospects at 30. Goes to an NBA game and meets with Joakim Noah and Carmelo Anthony after. Basically to say, "remember how good I was, lets go out to get fucked up." Noah is like, "nah, man." Then he talks shit to his friends for not visiting him enough. Looks like a tight hang.

Finally, there is a scene where they superimpose Cooke talking to his younger self at the Five Star Camp. Basically an old man rant. Dude is a horrible public speaker, but that is apparently what he is doing for a living now.

Pretty hard watch. Like Hoop Dreams mixed with a documentary about meth or something. It is solid though.