Hell Fest is the greatest movie of all time 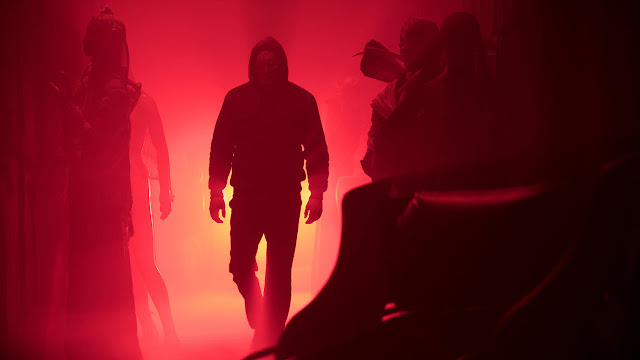 Some people are just evil. They walk amongst. Another killer in a haunt movie. Another decent entry. I would totally go to this place, by the by. Basically, it's a theme park of horror attractions. Sign me the fuck up. In reality, the filming location was a Six Flags outside of Atlanta. Wah wah.

Rotten Tomato Consensus: Hell Fest might give less demanding horror fans a few decent reasons to scream, but it's neither clever nor frightening enough to leave much of an impression.

Stop me if this sounds familiar. Gist is that a group of high schoolish kids go to a haunt, this one amusement park or state fair-sized, to get their scare on. It's all fun and games until a serial killer starts killing folks in their click. Then shit gets real, but everybody just thinks it is part of the show.

Directed by one Gregory Plotkin. Mostly known as an editor. He did Get Out, Happy Death Day, Game Night (all movies I adored), and it looks like all of the Paranormal Activity sequels. This was his first feature film as a director. His second, Crimson, was released today. 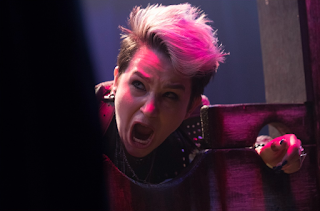 The film stars Amy Forsyth (never seen her), Reign Edwards (don't recognize her from anything), and Bex Taylor-Klaus (BTK, unfortunately). BTK is in that show The Killing (which was good as fuck), Arrow, and a bunch of solid horror stuff. Non-binary, prefers the they/them pronoun. Might recognize from Scream the television show (loved that shit), or iZombie. Tony Todd--you know, Candyman!--is in the movie for like 30 seconds but gets top billing.

Again, I thought the movie was good. However, only one thing makes it really stick out from the other haunt movies. Namely that the killer guy ends up just being a normal family man. You know, kill a shit-ton of people, get stabbed, go home, kiss your kid good night. There are some cool scenes that use the setting to its advantage. Not sure I'll remember that they came from this movie in a couple of years though.

While all that sounds bad, I assure you this is a good, fun slasher movie. If you like going to haunted houses, this is a really good substitute during COVID, with way more tension. Definitely recommend.

MVP is this Taylor-Klaus. I've seen BTK in several things and always stands out. Always a plucky smart-ass sidekick, but does that shit well. Steals the show—total MVP performance.