Bacurau is the okayest movie of all time 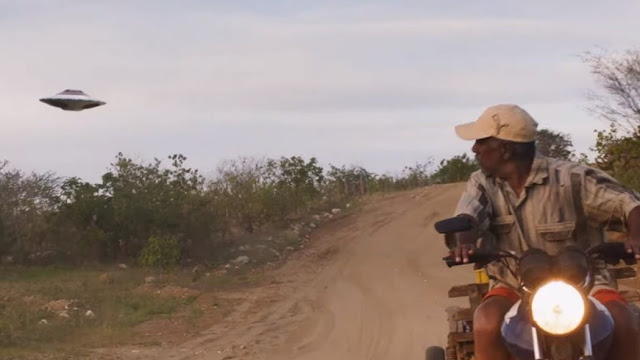 Bacurau. Movie I totally would have enjoyed 10x more had I seen it at the IU Cinema communally with a bunch of people on that amazing screen with that sick fucking sound system. In my bedroom, the only TV with a streaming device that supports Kino Now, where I rented this, not a great experience. But it was still a solid(ish) movie. It was the third Brazilian movie I can think of that I've seen and ranks third among those flicks. The other two were Black Orpheus and City of God, so distant third.

I generally like these sorts of movies. Twist on the whole home invasion premise. From the trailer, thought it was an alien invasion movie; spolier, it ain't. Flying saucer is a sweet-ass drone. Would totally buy that fucking thing with my stimulus check, if you know what I mean. But this takes place in the future and we don't have that shit yet. Anyway, gist of the movie is that townsfolk are being hunted by white people, one of them a Nazi, all of them sociopaths. Never exactly clear why. Thought it was over a water dispute, but it might be because the mayor of a near-by city is going to maybe lose reelection. Apparenlty they are able to vote for some city's mayor even though they are in what I'd say looks like the county. I have no idea how elections work in Brazil, but I guess these 100 people are really going to make the difference in Bacurau.

Speaking of there being 100 people, they get shipments of water and coffins every other day or so. The coffin-to-person in town ratio is way off as they get like 15 to 20 on the regular. What are you doing here? One person dies naturally in this town and like nine people, including the gringos, are killed. In what I hope is an outlier of a fucked up week, they still have a surplus of coffins.

Speaking of dumb shit, so the way we find out the mayor is in on it is the dumbest shit I've ever seen in my life. This guy, the fucking mayor that everyone hates, after all the gringos have been killed, shows up at the end like WTF. He walks past the village people who are all covered in blood and have guns and are obviously controlling the fuck out of this town. Goes up to like "the guy", who is more or less the Brazilian Lawrence Fishburn of the early 1990s, and some narco guy who has wanted ads coming over the radio, is living the Mad Max lifestyle, and has a truly incredible mullet (he is clearly not to be fucked with), and is all, "uh, what happened to all those white people I hired to kill you guys?" Holy shit. What the hell did I watch? He then tries to backtrack but he is obviously totally going to die.

Starred the Brazilian Larry Fishburn (Thomas Aquino) who was cool as hell and probably won the movie, some attractive woman with curly hair named Bárbara Colen, and Udo Kier who I think of as the asshole that owned a shark in Ace Ventura: Pet Detective. Also, some lady I sort of recognize named Sônia Braga who dated  David Lee Roth, Robert Redford, and Clint Eastwood, which is one hell of a trifecta. Her character starts out unhinged for some reason and then we see she is a doctor and reasonable, but strange. Yeah, this movie was weird.