The Lighthouse is the greatest movie of all time 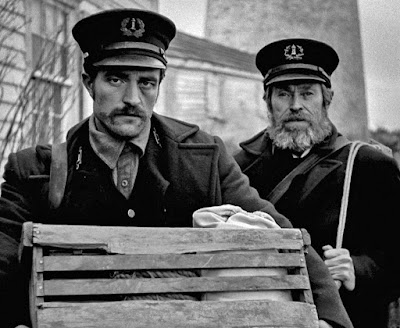 The Lighthouse. Why'd ye spill yer beans? What the fuck, man? Hark! Hark! This movie is batshit. Not for everybody. I'm sure some people loved it. People around me in the theater indeed loved it. I'm not sure what is wrong with these people but that movie was not enjoyable. I'm into weird shit, sure. Mandy, Midsommar, I've got a David Lynch related tattoo for fuck's sake. But this movie. Good god man. This is out there and tough to watch. Though I couldn't stand it, though, it was not without its extraordinary merits. Therefore, greatest movie of all time.

Rotten Tomato Consensus: A gripping story brilliantly filmed and led by a pair of powerhouse performances, The Lighthouse further establishes Robert Eggers as a filmmaker of exceptional talent. 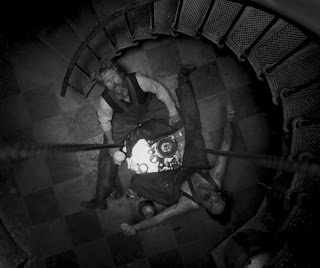 Gist is that a pair of lighthouse keepers, wickies as they call themselves, played by Willem Dafoe and Robert Pattinson, get stranded on the remote and fucking harsh island on which their lighthouse sits, drink the fuck out all their rum, turn to kerosene, and completely lose their fucking shit. Conditions are just fucking brutal. You can't fake that shit. These guys are in the shit. True human suffering. That's the subject matter. I can indeed relate.

Liquids are very much not life giving. Surrounded by salt water. Water strands them there and beats down on them. Drinking water is putrid, kills a gull. Booze, which is not good in this situation (maybe any). Then kerosene that they end up drinking when they run out of booze.

In black-and-white with a weird  1.19:1 aspect ratio that I guess was done partly to see the lighthouse and to make you feel boxed in. Robert Eggers, The Witch guy, wrote and directed. Based on a Edgar Allan Poe unfinished story and some real shit. Extremely talented filmmaker. Lot of style. Substance? Meh. I think the point is to make you as uncomfortable and disorientated as the characters. Mission accomplished, I guess. 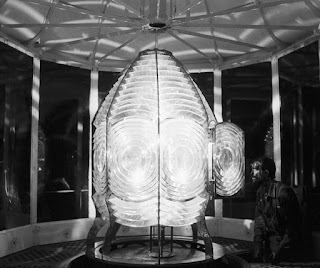 Acting is great. Pattinson fucking crushes it. Total MVP. Have basically two people acting in this in. Him and Willem Defoe. Pattinson wins it. Dafoe is the sea captain from The Simpsons. Aye. But he is fucking great, too. Lots of fart jokes. Pretty funny until they aren't. Pretty much how the whole movie was. I can deal with this... Now I want to leave. Pretty much how I felt the whole time.

Shares DNA with The Shining, especially felt this at the beginning when they are doing mundane shit and towards the end when they are fucking in it, and "Rhyme of the Ancient Mariner," one of my favorite poems of all time (don't fucking kill birds, okay?).

Purgatory or Hell or something. This could be totally be watched on a loop with the last shot being the same as the first so he has to keep reliving this shit over and over again, ending with (spoiler) the gulls eating his entrails like Prometheus and shit. Won't get into my interpretation of the ending other than that and say that a lot of it is debatable. Also, thought I was going to get some Dafoe on Pattinson action, this was what I kept thinking people were referring to with the weird sex. Instead we got some dude on mermaid with a fish vagina fucking. Obviously super hot. Shan't be watching this flick ever again, but I appreciate it and admit that it is indeed a truly great flick.