Holiday Inn is the greatest movie of all time 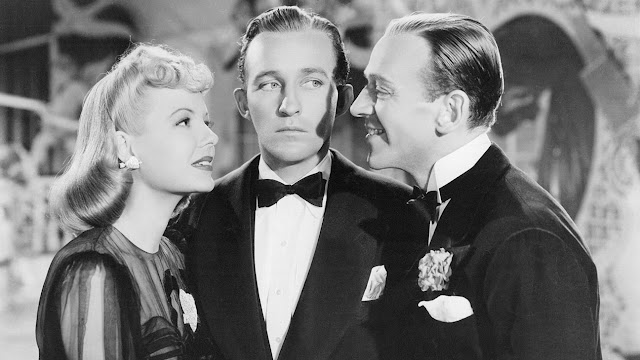 Holiday Inn. It's Christmas so I'm writing about the movie with the greatest Christmas song of all time. Love a musical. Loved this movie. Most of it, anyway. Then  we get to Lincoln's Birthday (which they celebrate in February, pretty sure they are confusing it with Washington's Birthday). Then it is holy shit. The Bing Crosby character, Jim, is trying to hide the Marjorie Reynolds character, Linda, from the Fred Astaire character, Ted, because he fucking sucks. But Ted is looking for Linda as a mystery woman he danced with on New Years and wants to steal her away. Jim's idea, to conceal Linda's identity, is for him and her to dress in blackface and do a minstrel show number of the song "Abraham". It is fucked up. AMC and other channels even cut the scene out entirely. Apparently former British Prime Minister Theresa May said Holiday Inn was her favorite Christmas film, causing controversy due to, you know, racism. I mean, other than that, it is a great film. But that shit is pretty much impossible to ignore or give a pass since it isn't like this was from the days of D.W. Griffith or something.

Rotten Tomato Consensus: With the combined might of Bing Crosby, Fred Astaire, and Irving Berlin working in its favor, Holiday Inn is a seasonal classic -- not least because it introduced "White Christmas" to the world. 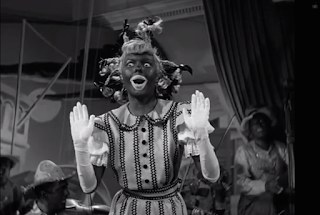 Gist of the flick is that Astaire can dance and Crosby can sing. They both pursue the same ladies, Linda and Lila, played by Virginia Dale, who can do both, basically mesmerizing them with their insane crooning or dancing, depending on the guy. First it is Lila whom they go after. When she breaks Crosby's heart, he goes and opens a hotel that has large, extravagant holiday shows. This with the help of his new love interest, Linda. After the Astaire/Dale pairing falls apart, Astaire weasels his way into the Holiday Inn where he ends up dancing with and instantly falling in love with the Reynolds character. Crosby tries to hide her identity for a while but Astaire eventually finds her and more or less demands that they immediately go to Hollywood to work in the pictures and get married. 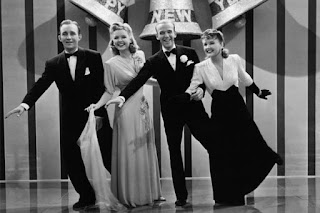 The plot barely matters as this is just a vehicle for Crosby to sing and Astaire to dance and those two do the shit out of those things. But if you pay attention to the plot, the movie is pretty fucked. You've got your overt racism. Then there is what a son of a bitch Astaire's character is. His modus operandi is basically wait for Crosby to get serious about a girl and then do everything he can to steal her, even as Crosby shows him insane kindness for someone who does this twice in the same movie. Dude needs his ass kicked and Crosby needs to learn to be a fucking man. Eventually, Crosby grows some balls and tells his "friend" to go fuck himself. He then gets with Lila or Linda or whoever and Astaire gets with the other one. Happy ending all around.

Of note, the song "White Christmas" came out of this movie. After Irving Berlin wrote it in some California hotel, he went back to the office and told his secretary that he "just wrote the best song I've ever written." Adding that "heck, I just wrote the best song that anybody's ever written!" Not a modest one, this Berlin. And, at least in pure numbers, he was right. The Bing Crosby version is the all-time best-selling single with sales in excess of 50 million copies. Was extremely popular with the soldiers away at war during WWII. Combined with other versions of the song, we are talking in the 100 million range. Crunched some numbers and did some half-assed internet research to put this in perceptive. A single goes "Gold" when it sells 500,000 units. "Platinum" when it sells 1,000,000. A single goes "Diamond" when it sells 10,000,000. Only like 20 something songs have ever done this. This is the only song that reached over 25,000,000. No one else have even come close. Not even half way to 25 mill. That is insane. For this alone, going to say that Irving Berlin won the movie. For creating the Christmas song to end all Christmas song.