Blade Runner 2049 is the greatest movie of all time 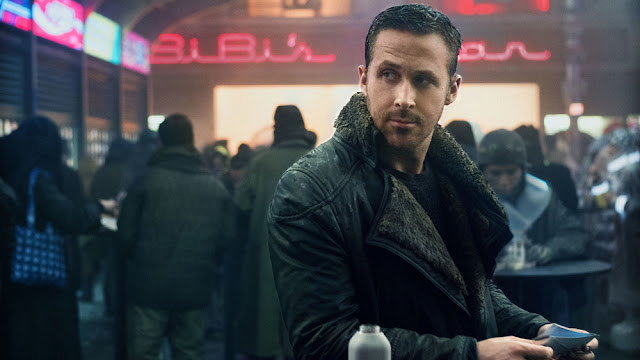 Blade Runner: 2049. You newer models are happy scraping the shit... because you've never seen a miracle. Fuck, man. One of my favorite movies of the decade. Sequel to a top 10 of mine from all time. Totally does that film justice and stands on its own. I fucking loved it.

Rotten Tomato Consensus: Visually stunning and narratively satisfying, Blade Runner 2049 deepens and expands its predecessor's story while standing as an impressive filmmaking achievement in its own right. 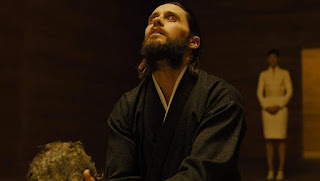 Basic gist is that K, a police officer/blade runner/replicant, discovers some crazy shit when putting down a rogue replicant working on a protein farm. Buried on the farm is Rachel, Sean Young's character in the original, who it is discovered had a child, which should be impossible for a replicant. Thinks would give the replicants hope or something. They would realize they have souls and rise up and smash their oppressors. Fuck to the ye... So, K finds a little bit of evidence, goes to a place where a false memory of his actually happened (whoa), thinks, “hey, I'm that kid.” Spoiler, he is not. But it leads him to the real chosen person... Harrison Ford. Rick 'fuckin' Deckard. Who unlike Hans Solo doesn't yuck it up.

A lot to unpack here. First, the cinematography is incredible. Won Roger Deakins--his previous work includes most Ethan and Joel Coen bros movies, Kundun, The Assassination of Jesse James by the Coward Robert Ford, The Shawshank Redemption, and a bunch of other stunners--an Academy Award. You need two watches for this movie just to take it all in. It's sick. In addition to Ryan Gosling and Ford, the movie stars Ana de Armas, Dave Bautista, beauty Mackenzie Davis (lots of pretty ladies in this), Sylvia Hoeks who plays Luv, Carla Juri, and lovely Robin Wright. Was a little nervous going in about Leto but this flick has a tolerable amount of Jared Leto though he says a bunch of nonsense and does weird shit... as he does.

You need two or more watches because there are things that change depending on your mood or what sticks out to you on that watching. For example, like the original Blade Runner, it is unclear whether Deckard is a replicant or not. It doesn't matter, this film says. Still human. Not the most original message, you know, but still one that we need to be reminded of in 2019, don't ya know. By the by, the first watch I was sure that he was a replicant. Thought they even said as much. The second, yeah, not so sure and what I heard was much more ambiguous. 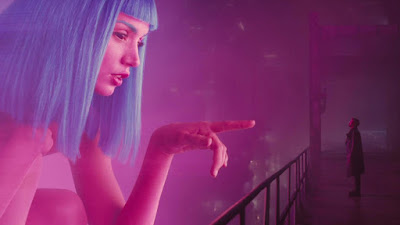 Then there is Joi, played by the lovely Ana de Armas (Knives Out) who comes up just short of winning the movie. Joi is the holographic girlfriend of K, whom she has dubbed "Joe", designed and sold by the Wallace Corporation, the bad guy in the film. On one hand, she is something like we think of TV wives from the 1950s. She brings him food, lights his cigarettes, makes him drinks, and listens to his retelling of the day while not sharing any of hers. On the other, there is definitely some connection and meaning there, though she may be programmed to make it seem like there is.  She seemed special. So did Joe, for a while, when he thought he was Deckard and Rachel's love child. So did their relationship. But she was wrong about him, he was not in fact the kid of replicants, and he was probably wrong about her and their relationship as well. She is the only "person" who doesn't think he is a piece of shit in one way or another. First viewing I thought that relationship could be meaningful. She seems as real as the replicants, at least. Feel it when she dies and says she loves him. Second time, she is just there to be what he wants. Programmed as such. After she dies, Joe/K walks by a Joi advertisement saying "Everything you want to see. Everything you want to hear." He realizes as much... Or maybe not. Suspect I might feel differently the next time I watch it. Next time it may seem that he is sad for the loss. Even though he has the opportunity to try again with another Joi, she won't be the same. Deep shit. That's what is so great about this movie.

Winning the movie, in my opinion was Ryan Gosling. Lot of depth with this character and his performance is moving. Joe, like Joi, is programmed a certain way. Can't really overcome that, or can he? Once he figures out that he is not Deckard's child, he still makes the decision to help Deckard find her. His experience gives him the tools to make that decision based on his emotions, rather than programming. It is quite powerful. I have a coworker who didn't want to watch the film because he didn't want to see Gosling "crying in the rain." He had also never seen the original. I told him there was an iconic scene in that film known as "crying in the rain," but he wasn't phased, saying Gosling does that in every movie. No, there is no Gosling crying in the rain. But the part and the film was more powerful than such a cliche. Great shit.