Knives Out is the greatest movie of all time 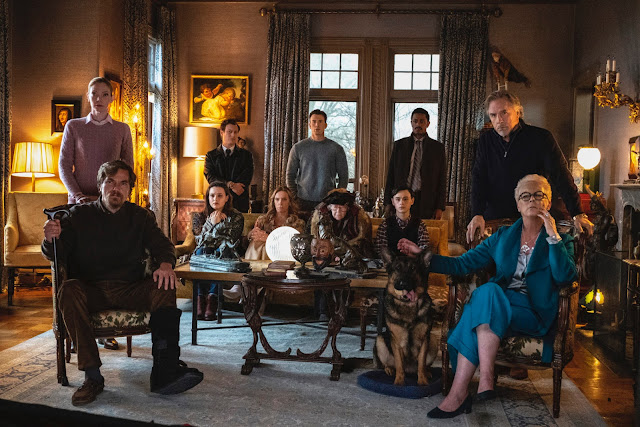 Knives Out. This is a twisted web, and we are not finished untangling it, not yet. A donut hole inside a donut hole. Love a Agatha Christie style whodunit. Gosford Park. Fucking great. Manhattan Murder Mystery. Get the fuck out. Murder Mystery. That was supposed to be trash. Loved it. The Ghost Writer. Ate that shit up. Shit, I'd put The Girl with the Dragon Tattoo, which also stars Daniel Craig, in that boat as well. Movie was tits. This one, better than those even. Greatest movie of all-time you say? I do. 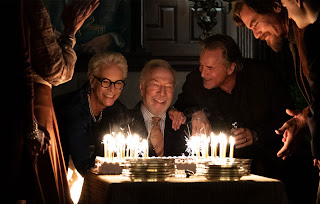 Gist of the movie is that famous and massively wealthy mystery writer Harlan Thrombey (played wonderfully by Christopher Plummer) is found dead of an apparent suicide at his massive estate the day following his 85th birthday party. But there are issues and someone has anonymously hired famous private detective Benoit Blanc (Daniel Craig) to investigate. Everyone of Thrombey's horrible and dysfunctional descendants are suspects after they all get cut out of the will. Then there is his beautiful and seemingly kind nurse, Marta Cabrera (Ana de Armas), whom the family finds suspect. Thats about all you need to know. Don't want to spoil the surprise. 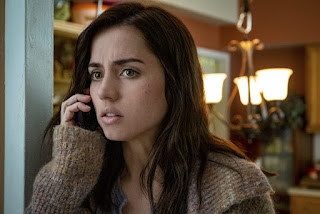 Directed by one Rian Johnson, he also did Brick (which I saw way back when and don't remember caring for, little dark for my taste), Looper, and Star Wars: The Last Jedi (meh). He is married to Karina Longworth, the host of this podcast that I fucking love called You Must Remember This, you have to check that shit out if you are into old movie stars and Hollywood history, which is pretty cool. The movie stars de Armas (Blade Runner 2049) who is just perfect, Craig, Evans, Plummer, Toni Collette, Jamie Lee Curtis, Don Johnson, Katherine Langford, Jaeden Martell, Michael Shannon, and Lakeith Stanfield. In case you don't know, that cast is fucking sick.

This movie is so in my fucking wheelhouse. No way I wasn't going to like it. But I genuinely loved it. I wait for years for these types of movies and lose my fucking mind when they come out. This was fucking great and I loved the experience of it (even though it was a packed house and the guy setting behind me smelled horrible). I'm definitely going to see it second time, no fucking doubt. 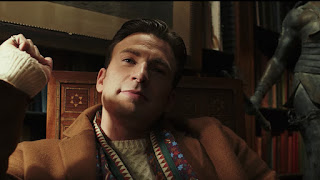 Something super clever I noticed was how no one listens to "the help." There are three times this hilariously comes to light. In one, every time the family mentions Marta's family, they say that they come from a different country, never getting it right. By the time they make the third reference to it, you are definitely LOLing. The second time, the housekeeper, the one we see deadish with the spider on her face in the trailer, is trying to explain the whole murder plot to another character, which would totally have ended things way sooner, but the person doesn't even try to follow along. This was subtle and low-key the funniest one. Then there is when she straight up, point blank says who the killer is and no one really gets it. A bit about the woman that plays this character Fran. Her name is Edi Patterson. Before a couple of months ago I had never seen her in my life. Now, I can't get enough of her. She is legit hilarious and is kind of having a moment between her work on this and in the television show The Righteous Gemstones, which I cannot recommend enough.

MVP goes to Chris Evans. That guy is really something. In a movie with all that talent, I think he probably won the movie. His performance is complex and layered. No Captain America, that is for sure, this guy is a douche-bag. It's obvious that Evans loved it and it shows. Plummer and de Armas are solid honorable mentions, though there isn't anyone who isn't just amazing (have heard some shit about Craig's ridiculous accent but I think it works and I loved hearing yuck it up about how the case was like a donut, no a donut hole, no a hole within the donut hole, and so forth).