Wolfcop is the greatest movie of all time 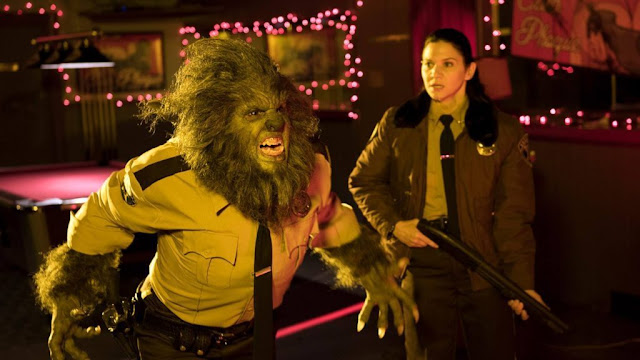 Wolfcop. The fuck are you? The fuzz. Ah. A wolf... Cop. Part time wolf. Mostly shitty cop. Great alcoholic. Completely Canadian. This movie is exactly what you'd expect and then some. I mean, what other movie solves the age old question of what happens to the guy's dick when he turns into a wolf man so convincingly. That's worth a watch alone... But I'm getting ahead of myself.

Gist of the movie goes thus. Shitty cop in rural Saskatchewan, that's in Canada, who is a fucking DRUNK, gets cursed by this shapeshifting, immortal cult that prolong their lives by drinking the blood of a werewolf every 32 years. The cult's intentions are a bit hard to follow as we get this from hand written notes that the wolf cop does at the library but whatever. The group of occultists get some big town event called like the "Drink n' Shoot" or something like that canceled so they can have the woods to themselves, (again, or something) to make their sacrifice during the once every 32 year lunar eclipse, which pretty sure it doesn't work that way. But none of this really matters. What matters is that he is a wolf and a cop and he is out there fighting crime. Cleaning up the streets whilst drinking handles of whiskey and being hairy. What more do you expect? Shit was fun as fuck. 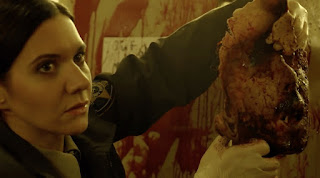 Apparently the movie was funded through some annual Canadian movie contest where the most popular concept gets moneys (up to a million Canadian Dollars [loonies, I guess]) after winning a NCAA Tournament style face-off. This is something called the CineCoup Film Accelerator which is a pretty cool project that funds independent Canadian films. Sort of like a less bullshitty Project Greenlight with, one would hope, way fewer rapists.

Directed by one Lowell Dean, no idea, I like what I see. Makes what are totally my kind of movies, it appears. Horror. Comedy. Canadian. My shit. You might recognize a few people in the movie, I guess it's possible as there are legitimate actors in it, but unless you fucking birthed one out of your womb or something, you sure as shit don't know who the fuck Leo Fafard or Amy Matysio are. 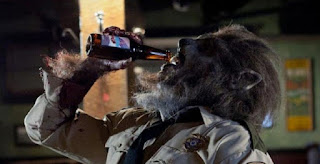 Two things really stuck out. The first: wolf cop cock. In the first transformation scene, all of these are pretty dope, btw, dude is sort of feeling like shit. He is drinking at the bar, as he does, and excuses himself to the can. Whilst there he takes what looks like a pretty painful piss, screaming and what have you. We see pee coming out of his dick when suddenly wolf cock. It sort of comes out of the normal guy cock. It looks extremely unpleasant. You cannot unsee that shit. Nor can you unsee the wolf/human intercourse that takes place in this flick. Like Teen Wolf except way fucking graphic and way more disgusting.

Anyway, second thing: Wolfcop's drinking throughout the whole movie. As a cop, dude spent more time getting fucking sloshed at the bar than pulling people over and shit. Dude wakes up. Starts drinking. Goes to work. Breaks out the flask at the desk. Goes on his beat. Hits up Liquor Donuts and gets a gallon. Does a little bit of research or whatever then hits the bar where he gets blackout until he gets a call or whatever. Wakes up in bed with no idea how he got there. And repeat. And as he was as a cop, so he is as a wolf cop, fucking drunk. More so probably but it only enhances his powers as a wolf as he gets liquored up and rips people's faces/heads off and shit. It also makes him more or less invincible.

And speaking of drinking, for me, the concept of liquor donuts wins the goddamned movie. Where has that been at the million fucking epic Sunday brunches I've had in my life. That shit is next level. What the fuck. Someone in Toronto is even opening a music themed donut shop/bar called "Liquor Donuts" like the place we see throughout the movie. I hope they make it cause that shit is hot.

Good Friday the 13th post! WolfCop was an eyeful to say the least.