The Apartment is the greatest movie of all time 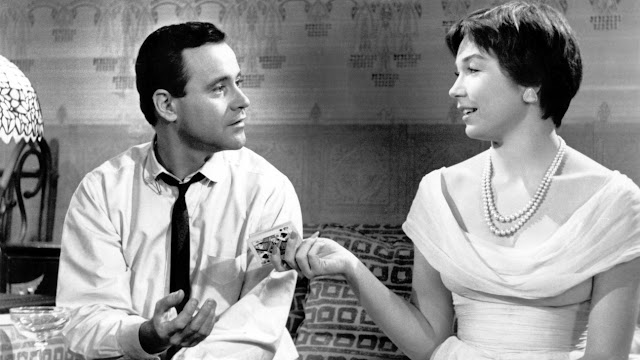 The Apartment. When you're in love with a married man, you shouldn't wear mascara... That's how it crumbles... you know, cookie-wise. Jesus. I adored this movie. Jack Lemmon is seriously phenomenal in everything I've ever seen him in. Also, Billy Wilder is three-for-three in the movies I've blogged about, also loved Some Like It Hot and Sunset Boulevard, and half a dozen others I've seen at some point in life are also dope. Don't see this ever listed among the greatest movies of all time but it should be. Hands down the best and most rewatchable romantic comedy, IMO.

Directed by Wilder, he and one I. A. L. Diamond co-wrote the screenplay. Nominated for 10 Academy Awards, winning five including Best Picture, Best Director, and Beast Screenplay. Gist of the movie is that insurance agent Bud Baxter (Lemmon) allows his higher ups to use his Upper West Side apartment to take their mistresses for affairs with the promise of moving up the corporate ladder. When Bud's prick of a boss, Sheldrake played by Fred MacMurray (whom I recognize from Double Indemnity and as the dad in My Three Sons) brings elevator operator Fran Kubelik, played by the lovely Shirley MacLaine, a woman that Bud is secretly in love with, shit gets real. 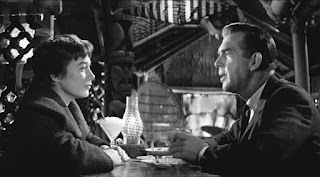 This movie is way darker of a romantic comedy than we are used to today featuring attempted suicide and married men promising to leave their wives, we know how that is, right ladies? Behind the concept was even darker shit as Diamond incorporated a life experience of one of his friends who came home after breaking up with his girlfriend and finding her dead, having committed suicide in his bed into Wilder's original comedy about adultery. Yeesh. Also included elements of another true story where Hollywood agent Jennings Lang was shot by producer Walter Wanger for having an affair with his wife, actress Joan Bennett, having used the apartment of one his low-level employees to conduct the affair.

A few bullet points... Shirley MacLaine is adorably cute. Pixie hair, quick wit, cosmopolitan. She is a cool chick. Easy to see how Bud genuinely falls for her. You feel protective of her as Sheldrake does what he does to her. It's really heartbreaking when she almost kills herself which everyone assumes was Bud's fault as his neighbors think he is just constantly bringing chicks home. The physician down the hall, one Dr. Dreyfuss played wonderfully by Jack Kruschen who was nominated for Best Supporting, who saves Fran's life, along with the landlady, give Bud hell for breaking the girl's heart when in reality it was Sheldrake (though it did look bad for him since he was drunk and brought back this other woman). Then, after she spends a couple of days at his apartment, her brother in-law, she is living with him and her sister, shows up and kicks his ass. Good stuff. Also, Lemmon easily wins the movie. Dude is funny and genuinely good. Kevin Spacey dedicated his Best Actor Oscar for American Beauty (maybe the movie from the last 20 years to age the worst that was once considered good) to Lemmon.