The Dead Don't Die is the greatest movie of all time 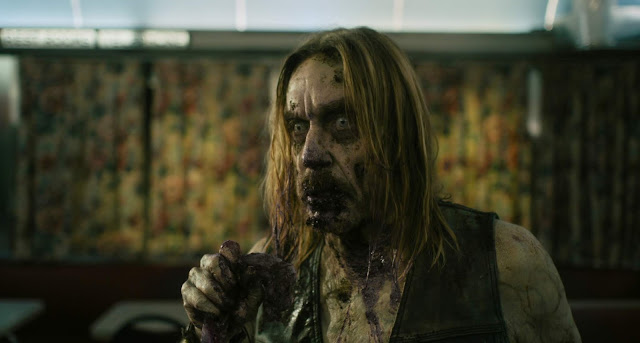 The Dead Don't Die. So. Crazy Jim Jarmusch fan. Dead Man and Ghostdog are two of my faves. Wrote about both of those films in college for this dope religion in film class which was probably my favorite class in undergrad. Expanded my paper on Dead Man in grad school. Whenever he comes out with a movie, I am totally watching the shit out of that movie. This one, though, was not one of my faves. Still a REALLY solid flick, just not as enjoyable for me as I would have liked. Oh well. Can't all be winners I guess.

Rotten Tomatos Consensus: The Dead Don't Die dabbles with tones and themes to varying degrees of success, but sharp wit and a strong cast make this a zom-com with enough brains to consume. 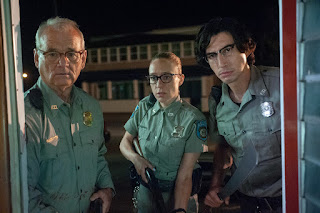 Was crazy excited about this flick which is a pretty standard zombie comedy/horror production but with a phenomenal cast. Gist is that the earth has been thrown off it's axis because of polar fracking which has fucked with the way the earth rotates. This caused, spoiler, aliens to become interested in our planet and either they or the fracking somehow causes the dead to rise again. We follow the inhabitants of a small town going to shit because of, you know, the zombie attacks and what have you. The movie stars Adam Driver from BlacKkKlansman and the newer Star Wars movies, Bill Murray, and alum Chloë Sevigny from Kids and Zodiac and Jarmusch flick Broken Flowers with Murray and a bunch of other flicks that are dope, as the police officers trying to keep the town's folks alive, Steve Buscemi as a right-wing asshole, Austin Butler whom I've never seen but was tapped to play "The King" in an upcoming bio-flick, Danny Glover, pop star Selena Gomez, Carol Kane from Scrooged and Unbreakable Kimmie Schmidt, Caleb Landry Jones who is so hot right now (he was the brother in Get Out and the kid who gets his ass kicked in Three Billboards Outside Ebbing, Missouri, Rosie Perez from Pineapple Express and White Men Can't Jump, punk rocker Iggy Pop, Wu-Tang founder turned actor RZA, Tilda Swinton of Narnia fame who was also the Ancient One in various Marvel Cinematic Universe movies, and raspy, baritone singer Tom Waits. Almost all of these actors, except the younger ones, have popped up in Jarmusch's work before.

Polarizing film for me. Sometimes great. Sometimes hated it. A lot of fourth wall breaking which also polarized me. The times I liked it were with the Sturgill Simpson song "The Dead Don't Die" and Adam Driver talking about reading the script and knowing what happens to them late in the movie. With Simpson's song, Murray talks about it sounding familiar and Driver tells him because that is the theme of the movie. Should have left it at those two as the other times it was deployed I was sort of like, "okay, this was funny." A little too cute with it, I guess.

Overall the cast was great and sometimes it was extremely funny. It was an enjoyable watch but low on my list of favorite Jarmusch films, but I still think he is dope and will watch every one of his flicks. Think that the ending, which, spoiler, involves aliens, sort of put a bad taste in my mouth. Probably not going to rewatch it every couple of years like I do with several other of his flicks but I will watch it again. Feel it was worthy of a second look. May feel different about it then, ya know.

As someone who has grown tired of Jarmusch's shit, I really liked this film!