Southern Belles is the worst movie of all time 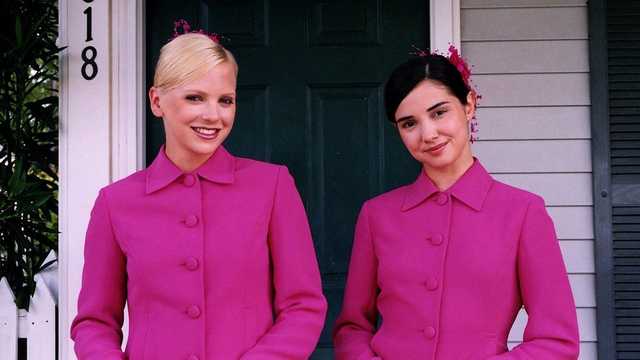 Southern Belles. Southern man don't need you around, anyhow. Companion watch to Gone with the Wind. Not a good movie. Funny as shit but not great. Good one-liners. Anna Faris is always a gem. But the flick was sort of hard to get through at times. Also, Rhett Butler. Fucking hate that guy. Like how he poaches wild turkeys because as a cop he is above the law. There is a reason you aren't supposed to hunt animals out of season, dickhead. Also, never a good idea to berate a chick you love or whatever for breaking your hear when she leaves town for like four hours or tell her "nope" when she proposes to you, whether it is a joke or not.

Thought the movie was going to be a comedic, modern retelling of Gone with the Wind. It is not. It is a film about a girl, Bell Granger played by one Laura Breckenridge whom I've not seen in anything else, who lives in a trailer park in shit town in Georgia and is obsessed with the 1939 movie and meets and falls in love with a cop named Rhett Butler (played by Justin Chambers from Grey's Anatomy which is apparently still on). Meanwhile, her and her BFF, Belle Scott, sometimes called "Other Belle", played by Anna Faris, save up to start fresh in Atlanta but have few opportunities to earn the $2,000 something duckets they need to make it in the big city. They "can't just show up in Atlanta with a suitcase of loose morals," as Faris's character says.

Her character has the best lines of the flick. Like calling the Civil War the "War of Northern Aggression" or when Bell Granger asks her if the cop Rhett Butler is married, she says "well, the ending is open ended." Also, her and her boss's interactions at the retail store, her boss is played by Judah Friedlander from 30 Rock, are pretty priceless. Like during the store's "Chanukah in August Sale", Faris pronounces it Hanukkah but Friedlander corrects her, pronouncing "Chanukah" phonetically. They constantly go at it and he always looks like an idiot. Like when a French woman comes into the store and asks for "food for my pussy" she at first is incredulous until her boss comes over. "I think she's crazy," Faris says. She prattles on and does some pantomiming before the boss says, "She's not crazy; she's French" and tells her "de nada". When Faris finally quits, for the second and final time, dude tells her that she can't quit because he loves her. Totally out of left field and completely insane. It is so outrageous that it is pretty funny.

Faris is great but isn't the MVP. That distinction goes to Fred Weller who you might recognize as the racist cop in BlacKkKlansman. He plays Bell Granger's ex boyfriend, Tracy Hampton, who is an utterly ridiculous human. Drives an IROC, is the worst boyfriend of all-time, tries to hang up a phone from across the kitchen by throwing it, and speaks in Skynyrd quotes. He had it all. He had a girl. A pretty cool friend. A car. All of it, he tells us. Yeah, he pretty much wins every time.