Arsenic and Old Lace is the worst movie of all time 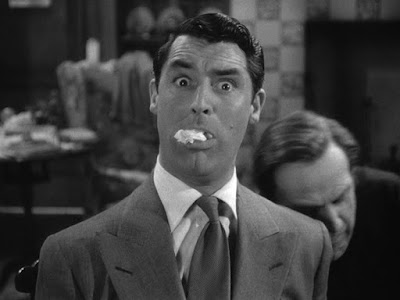 Arsenic and Old Lace. This movie is insane. As a buddy said of this movie, "Hollywood trying to mainstream wild ideas." Referring to all the forced euthanasia in the movie--i.e. straight up murder as these two old broads take old lonely dudes into their home, which is sort of a 1940s Airbnb situation. So these sociopaths, they are depicted as sweet but I fucking know, raised three brothers, their nephews I think. None of them are what you would call well adjusted.

First, there is Cary Grant. Protagonist. One of my favorites of all time. Several of my top 10 feature him as the leading man. He was an LSD enthusiast for Christ's sake. This movie, however, considered a classic, I fucking hated. Grant's performance is frantic and all over the place and Don Knott's esque. He is a bachelor who writes books for pathetic guys. Turns out he is newly married, as of that day (the whole movie takes place Halloween night though they get no trick or treaters) and wants to keep it secret. None of this really matters except that he should be boning this chick but instead is mostly seen frantically on the phone after discovering that his aunts are murdering people. He also breaks the fourth wall roughly five or six irritating times. 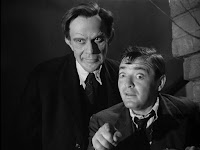 His brother that he is protecting, trying to get him into this sanitarium, Bellevue, maybe, as he legit thinks he is Teddy Roosevelt. He buries the bodies and what not. His other bro, meanwhile, is a complete psycho. He is a hit-man or something and shows up at the house after being away since childhood with Peter Lorre's creepy ass and his own murder victim.

This shit is cray and way too lighthearted about torture, murdering old people, and being a complete psycho. Filmed in 1941 during WWII, it was released in 1944, I guess this what you'd call escapist humor though I found that aspect of it to be more disturbing. Least favorite Frank Capra movie of those I've seen. Deleting off my Plex server as I'm never watching this shit again.

This movie was truly terrible. There were several times I kind of hoped we would forget we were watching it and just walk away.

This was a play made into a movie and “all over the place” is what made Broadway comedies, Comical. I you are complaining about a Broadway play being brought to the silver screen, then you have a case. But, either way, it doesn’t deserve you going off swearing like a drunken sailor.