Baghead is the worst movie of all time 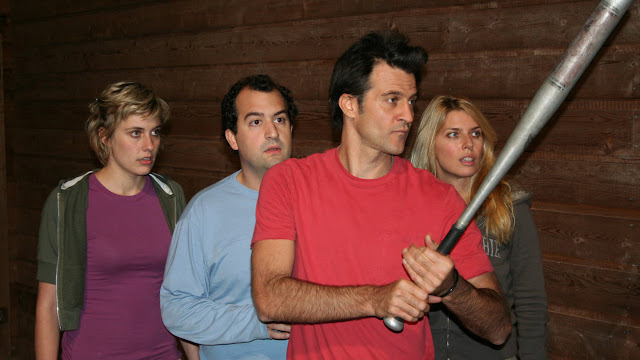 Baghead. Yeesh. Low budget AF. The description made it out to be a horror comedy. What it really is is a love triangle amongst struggling actors trying to write their own movie with some bullshit sandwiched in. Did not fucking like. Deleted off my Plex server. Into the ether you go.

Rotten Tomato Consensus: Pitting actors against murderers in a self-aware struggle for stardom, Baghead successfully skates the borders of horror and comedy.

Was liked by critics apparently. Fucking 79% on RT, my ass... Though most of the acting pretty alright. A young Greta Gerwig is in it. She's the independent darling now making her case for stardom. Was in Lady Bird which I still need to see. I think of her as the friend in that Ti West movie House of the Devil, a great flick. She is super 80s and cute in it and how she got on my radar. Also check her in the Woody Allen movie To Rome with Love. Probably her biggish break.
She is really good. She also gets topless. Meow. Only reason to see this I guess would be if you are some kind of Gerwig completist or pervert or something. She 100% wins the movie. She is like noticeable a notch above everyone else in the movie, who are all serviceable enough. 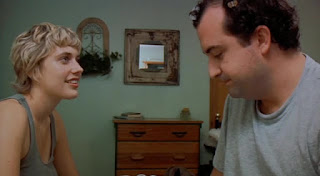 Some people can only consider a movie horror if someone dies. This just came up on one of my favorite podcasts, Unspooled, dealing with the AFI Top 100 list. It's tits. Anyway. With like one exception I can think of, April Fool's Day, I agree that horror has to have murder. This ain't got shit. This movie is a pump fake which I will not forgive.

Also, something else I can't deal with is a huge pussy. This chunky guy that wants to get with Gerwig's character is fucking awful. Such a wishy-washy bitch. Almost the same as the fat fuck in Friday the 13th Part 3. The type of guy that is like, "sorry I'm such a fucking loser" when he gets turned down. When he tries to make a move, my vagina shrivels up and dies. She, drunk AF, says he is like her brother, he goes in for a kiss whilst her head is down, he sort of headbutts her, she is like, "ouch, you headbutted me" and headbutts him back. He tries to tell her how he feels but in a totally awful way and she puts little hair clips on him saying he "looks like a toddler." At this point he is like I'm gonna go. The next day he goes to his cool friend guy who wants to make this movie, this guy is there with his on-again-off-again, and asks him to write his character as boyfriend and girlfriend with Gerwig's character. He then says shit like, "hey movie girlfriend," meanwhile, she is writing notes to the cool writer guy saying shit like "seriously, I want to fuck." Ugh. Fucking embarrassment. Don't be this guy, for fuck's sake, be a fucking man.

But hey. I respect that the filmmakers went out and made this shit. No money, no effects, I didn't like it, but fuck it, they made this, likely identifying with the characters who couldn't get a break and shit, and here it is. Out there. An independent success. Props on that.