The Girl in the Spider's Web: A New Dragon Tattoo Story is the worst movie of all time 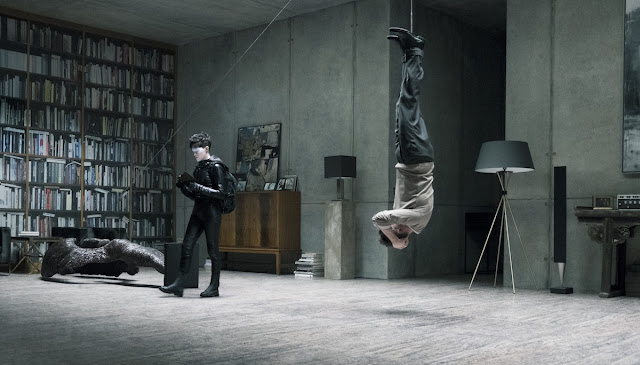 The Girl in the Spider's Web: A New Dragon Tattoo Story. Jesus. Like the off brand for The Girl with the Dragon Tattoo. Loved that movie. Was expecting David Fincher or something in that vein. But this movie doesn't have the same vibe even. Make that clear from the get-go with the shitty intro music instead of that hot Trent Reznor/Karen O "Immigrant Song" from the original movie. Also, replace all the actor with far less talented sort of look-a-likes. Like instead of 2011 it girl Rooney Mara, 007 Daniel Craig, and the classic beauty and icon Robin Wright we get Claire Foy, Sverrir Gudnason, and Vicky Krieps, respectively none of whom I'd ever heard of. Plus the movie was based on the first book in the series not written by Stieg Larsson. Despite that Larsson, at the time of his death, had a fourth book in the series most of the way complete and outlines for several more, this work by David Lagercrantz does not use the Larsson book as its source and completely does its own thing. Yeah, read the book, you can tell. Last that I'll be reading in the series unless Larsson's longtime partner, Eva Gabrielsson, finishes the series that Larsson had mapped out. Anywho, little surprise, after some shitty internet research, that this is indeed the worst movie of all time. This movie fucking sucks.

Rotten Tomato Consensus: The Girl in the Spider's Web focuses on the action elements of its source material for a less complex -- and only sporadically effective -- franchise reboot. 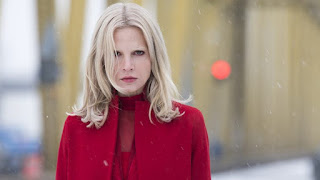 Cons: Pretty boring. Impossible not to compare it unfavorably to the Swedish and David Fincher movies that came before it. Not crazy about the cast. Lot of magical internet bullshit that is ridiculous (hacking into an airport's security system by planting a cell phone in the vicinity of its router [which I might add is all run through the crappiest consumer-grade home wifi version]). Must have forgotten to change the router password and username from admin admin. Also, some very fortuitous shit happens that Lisbeth seems to psychically just know will happen. Also, why the fuck is Stephen Merchant like a serious actor all of a sudden. He was solid in Logan but it's a hard pass after this one but wish he'd focus his time on the shit that put him on the map like Meet Ricky Gervais, The Office, and Garth Marenghi's Darkplace, which is a true gift to the world.

Sooo... Gist... Once again, hacker woman Lisbeth Salander and Mikael Blomkvist are in the middle of some shit. This time Lisbeth has stolen a missile control program from the US's National Security Agency that gives whoever has said program the power to launch any nuke in the world. Turns out the key to unlock it is the program creator's son (the programmer guy is played by Steven Merchant by the by) who has some horribly explained number magic that makes little to no sense since they dropped the whole autism angle that was in the book. Various spies and government people and Lisbeth's sisterand her gang are trying to steal it from her and shit whilst pinning the murder of Steven Merchant on Lisbeth. Directed by some guy named Fede Álvarez, it is supposed to be a direct sequel/soft-reboot of Fincher's film. Starring in the film are never seen her Foy as Lisbeth, never heard of him Gudnason as Blomkvist, Stanfield from Sorry to Bother You as some NSA agent come to get his program back, and Sylvia Hoeks (no idea) as Lisbeth's sister Camilla. This film is fucking trash.

Oh boy is there some shit with this movie. There was little to enjoy about this flick. Lisbeth was the tough but vulnerable feminist antihero in The Girl with the Dragon Tattoo. In The Girl in the Spider's Web she is a fucking superhero. Also, lots of not only right place, right time, it's like Lisbeth is psychic when it comes to this. Example...In the ridiculous airport prison break, Lisbeth leaves a suitcase in the middle of a crowd. Security grabs it. When they open it it is full of dildos and a cell phone. That cell phone gets her access to all the computers on the network and access to the cells in the airport holding. Stanfield's character gets broken out as a result of this and she has a person get on the PA and tell him go to such and such a gate via a popup message. When he gets there, in a trashcan waiting for him are a cell phone and what I thought was another dildo. It turns out this is a conk device that he uses on a security guard after he gets out that appears out of nowhere pointing a gun at Lisbeth. No fucking way would she know this guy was going to be there. Finally, the white paint on Lisbeth's face when she punishes some over-the-top evil wife/hooker beater at the beginning of the movie looks fucking stupid. Fuck this shit. Nothing stood out as far as best line goes. Best scene and best kill are one and the same and was basically the only part of the movie I legit enjoyed. This was towards the end, spoilers, when the male douche villain guy gets stabbed with this neurotoxin that he had scientists whip up that causes permanent blindness. He was going to use it on Blomkvist but shit went down and Steven Merchant's kid stabs him in the ankle with it. What happens from here is all fucking hilarious. First he falls out of a window, breaking his leg compound style when he hits the ground 40 feet below. From there he gets up and feels his way to a nearby forest. Meanwhile, Lizbeth's sister is making her escape with her driver heading down the road. Something miraculous basically has to happen for her to not get away. Enter this idiot stumbling around on the road, blindly feeling his way around. The driver, of course, doesn't see him and nails him which causes the car to spin out of control and hit a tree so that the bad guys don't get to make it away scot-free. This was obviously ridiculous. I couldn't stop laughing. Luckily there were only three other people in the theater, all of whom where likely equally hating this, most of whom where also laughing. Not good.

MVP is Stanfield whose talent was so beyond this movie it was fucking unbelievable. He does cool/nerdy well here like he did in Sorry to Bother You. He wasn't really given much to work with but does his best, adding little flourishes like a "pow" and finger guns when he knows he is on camera. He adds a bit of comic relief to what is supposed to be a serious movie. These things he does well. That was all it really took for an MVP on this piece of garbage. The sooner I forget this, the better.


It's a great movie. If you can play the movie here then why don't you give us a try at All123Movie. You can Watch The Girl In The Spider's Web Online 123movies