Deadpool is the great movie of all time 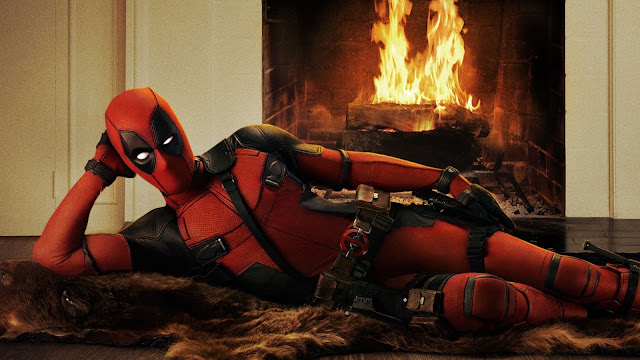 IMO this is the best Marvel movie. I've watched it five times, the most recent in prep for the sequel, and it is still dope. Here is some masturbatory preamble... I didn't get into comic books until my mid 20s. At that point it was mostly just because and my literary tastes had already been long established (self-aware meta shit was my jams). That being the case, I went into a comic book store and asked the stereotypical fat comic book dude what I should read. He gave me Planetary and Deadpool both of which I still love. For DP it was the series "The Circle Chase" which featured The Juggernaut who was mad hot at the time because of that "I"m The Juggernaut, bitch," video that my girlfriend of the time found to be the most offensive thing of all time. Shout out to Clare (she definitely had a point). Later he became my go to hero whilst playing Marvel: Ultimate Alliance, probably my favorite game of all time. Gotta love that regeneration and teleportation, main. This, more than anything else, got me into the character. I mention all this to let the world fucking know that I was into that shit before anybody. I'll cut you if you accuse me of jumping on that bandwagon. Cut you. Anywho, love a character who can enjoy a good chimichanga is what it comes down to. So I was stoked to see the character on screen. And the shit did not disappoint. Knocked it out of the goddamned park and Deadpool was indeed the greatest movie of all time.

Pros: Solidly funny. Pokes a lot of fun at the superhero genre like Scream does with horror. Ryan Reynolds is dope. Great pacing. Gina Carano is a pretty lady. The first X-Men movie to not fuck up Colossus.

Cons: Some may call it crass and juvenile. It is but it was fun in the end.

Gist of the first one is that mercenary Wade Wilson meets a chick, they get engaged, he gets cancer, undertakes experiment treatment that is basically just torture which leads to disfigurement and superpowers, becomes Deadpool, tells jokes, searches for the guy who fucked his shit up (Ajax), meets up with X-Men Colossus and Negasonic Teenage Warhead (meh), kicks ass. The movie stars Reynolds as Deadpool, Morena Baccarin (who I'm pretty sure was crazy eyes in How I Met Your Mother) as DP's love interest Vanessa, Carano who was an MMA fighter, Brianna Hildebrand as NTW, Stefan Kapičić voices Colossus, T.J. Miller who played Erlich Bachman in Silicon Valley, Ed Skrein as Ajax, Karan Soni as the annoying cab driver, and Leslie Uggams as Blind Al who I fucking swore was Nichelle Nichols (Uhura on Star Trek) but I'm an idiot apparently. It's technically the eighth X-Men movie but has to be in a different universe and is hard to tell where in the universe it fits in which it pokes fun at. It also shits on several timelines including the first movie Deadpool appears in, X-Men Origins: Wolverine.

Some of the best shit from the flick is the opening scene, which is one of those stopping time dealies. It is a moment in time right before a bunch of carnage in the middle of a big highway fight scene where the bad guys are getting thrown from an SUV that is flipping sideways. They lay nonsense credits over scene--stuff like staring "a hot chick," "a CGI character," "god's perfect idiot," "written by the real heroes here," and so forth--while the song Angel of the Morning by Juice Newton (it's that song that goes "Just call me angel of the morning, angel. Just touch my cheek before you leave me, baby"). Once time starts moving again one guy is decapitated, one guy is thrown 30 feet into an exit overhead sign, and one is crushed under the SUV. Deadpool, in this moment, worries about if he left his oven on. In case you haven't seen it, here it is...


The post-credit scene is also a nice bit of nonsense. Deadpool, donning a bathrobe, says something to the effect of "why are you still here," Matthew Broderick from Ferris Bueller's Day Off style in a total nod to that scene. Makes sense that they would reference that movie as both are solid examples of metafiction where both characters tool on the audience for still being in the theater after the movie is technically over. Bueller is sort of Deadpool's brethren when you think about it. Snarky all nonsense characters that like to break the fourth wall. I love that shit. Deadpool also goes a little further, as Marvel movies are wont to do, when he talks about the sequel which he says will feature Cable and then goes into possible casting before finally making a few more little jokes how the Marviel Cinematic Universe teases the next flick in the series during the post-credit scene in every fucking movie. We then get the final "chika-chikaa" from the song "Oh, Yeah", by Yello, that's featured in FBDO. Here it is, for your viewing pleasure.


Anywho, the movie is basically one-liners and action. I like the one-liners more than the action which I think is sort of universal but don't know. The action is pretty cool, especially with Colossus who finally looks like the comic book character and is finally Russian for Christ's sake, but it's still watching someone else play a video game. Probably the most humorous stuff though is how he makes fun of superheros. Like how cool NTW and Ajax's names are and the super hero landing they are always doing. Shit we've all thought about and are hip to as lame devices. So yeah, a solid first feature film for the character with a bunch of ridiculous jokes, disembowelment, a raging superhero, and sympathetic alter-ego. Shit is dope.