Murder Party is the greatest movie of all time


When it comes to movies that boast a $0 budget, Murder Party is easily the best I've ever seen. It has sort of the same feel as Sushi Girl, if you are familiar with that piece of shit, except infinitely better with what was supposedly a $0 budget as the filmmakers also financed the film.

The production company, called The Lab of Madness, again, consists mostly of cast and crew (basically the same thing) who have been making movies together since elementary school. There is a pretty cool interview with actor Macon Blair, who play Macon (the one who dresses up as a werewolf in the movie) and director Jeremy Saulnier on Monsterfresh.com from back when the movie came out. Here they talk about self financing the film and working together (along with Christopher Sharp, the lead named Chris) from childhood on. While in high school Sandy Barnett (who plays Alexander), Paul Goldblatt (Paul), and William Lacey (Bill) would join them in these VHS movie making adventures with all of them studying film in one form or another after graduation.

After making several short films, it came time for them to create their first feature but they were unable to get any funding. So the group took matters into their own hands and just started making the movie with what they had which is awesome and the result was this master piece which turns out to be the greatest movie of all time. Cons: Really don't have anything negative to say about this other than it was shot on digital. Great film.

Notes: Murder Party features a guy named Chris who finds an invitation to a "murder party" dated for Halloween night, that evening, while walking home from work. After baking up some pumpkin bread with non-organic raisins in it, he goes to the party hosted by a group of artists set on killing him in hopes of getting grant money from a supposedly rich benefactor named Alexander. Things do not go as planned as people die, mostly horribly and hilariously, and what's more is that no one appreciates the pumpkin bread. As animosity and jealousy flares up among the the artists, and one brings his assistant to the performance to light his shots, Chris sees his opportunity to use the disorder to make make a break for it. 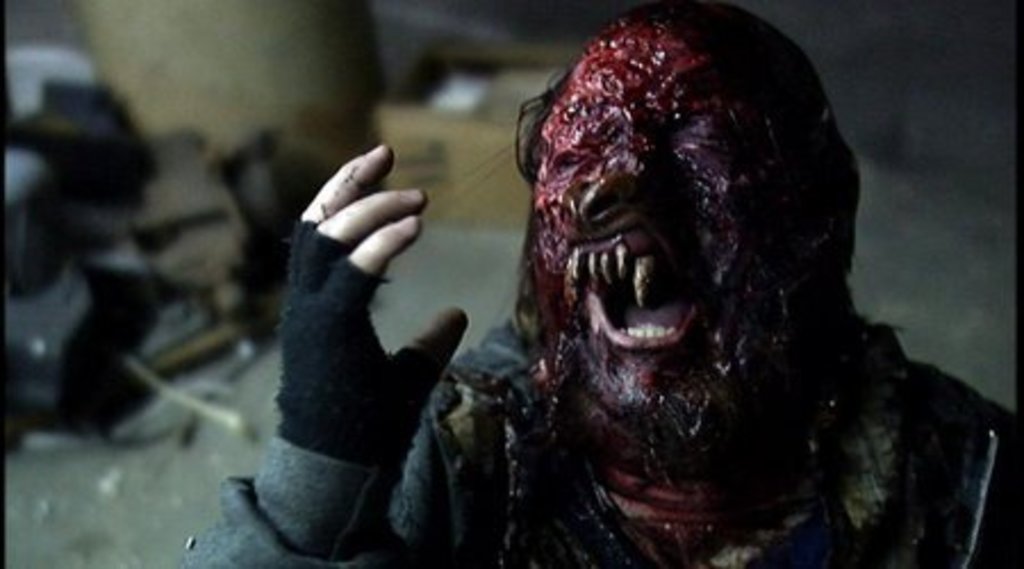 Despite the lack of budget, there are some excellent kills and the makeup is pretty groovy as well. Since they had no money to work with, the group focused their funds on making one or effects really dope. Effects artists Paul Goldblatt (whom you'll recognize as Paul) and Chris Connelly (who specialized in make up) did not disappoint. The two that really came to mind were when the guy in the werewolf mask's face catches on fire and it melts to his face (thanks to Goldblatt) and when the guy who gets the chainsaw to head (which was Connelly's handiwork). That second scene is long and brutal and looks amazing.

The movie is also super funny and does a good job of mixing in one-liners and some long setup chuckles. A lot of the jokes involve artist community humor. Basically poking fun at how pretentious people are and artists continue to roll with bad ideas and so forth. Also how cutthroat and catty it can get.

All in all, this was a super solid movie and you should really check it out. I will definitely be watching the rest of Saulnier's body of work and what he comes out with in the future.