It Chapter One is the greatest movie of all time


It was so hyped that there was almost no way that it was not going to disappoint, at least a little bit. About the time we collective had decided this, critics came back and said, "no, believe the hype, for reals." While It doesn't quite live up to all that, it was a very solid movie, especially for horror, which seems to be finally getting some respect as a genre. Above is my Dr. Carver, Auteur Autopsy review. Enjoy!

The movie is only the second feature film of up-and-comer Andy Muschietti, which is extremely impressive, and stars mostly unknowns in Jaeden Lieberher as the leader of the Losers' Club Bill Denbrough and Bill Skargard (who was in Hemlock Grove [the rich vampire one] and Atomic Blonde and is the son of Stellan Skargard who was the killer in Girl with the Dragon Tattoo among other things) as the immediately terrifying Pennywise the Dancing Clown or It. Rounding out the rest of the Losers are Jack Dylan Grazer who sort of stole the show with his dry humor as Eddie Kaspbrak who is the smallish sickly one with asthma, Chosen Jacobs as Mike Hanlon--the black one, Sophia Lillis as Bev Marsh--the girl that Bill makes out with at the end, Wyatt Oleff as Stan Uris--the jewish one, Jeremy Ray Taylor who is the chubby one that also kisses and is into Bev, and Finn Wolfhard (whom you'll recognize as the main boy in Stranger Things [I think he does a better job here btw])as Richie Tozier who is the funny one with glasses. I don't know if this is a spoiler or not, it won't really make any sense if you don't know at least this so just roll with it, the movie is first of at least two movies movies based on Stephen King's book of the same name.

Pros: The acting is flawless across the board. Where do they find these kids? Skargard was really good too. Like when he is talking to Georgie, the first kid we see him kill, trying to get him to come up to the sewer grate, you hear a kind of desperation in voice that you didn't get with Tim Curry, the original Pennywise. Seeing my childhood years, I'd be about the same age as the kids in 1989, portrayed on screen is always pretty cool and this film really gets that time period, which is dope. It's just a really sweet movie about child abduction, murder, and cannibalism (though I guess technically not since Pennywise is a

Cons: Not as scary as I wanted it to be. Just a couple of jump scares and one super creepy scene. When Pennywise dances it is more unintentionally hilarious than spooky. They strip down two characters in a way that is pretty irritating.

Rotten Tomato Consensus: Well-acted and frightening with an emotionally affecting story at its core, It amplified the horror in Stephen King's classic story without losing touch with its heart.

Random thoughts on It: Here are my sort of complaints and one thing I thought was pretty awesome. First, there are two too many kids for a film of this length, at least in the way that the director/studio decided to do it. Those two kids are Mike and Stan who are basically just the black one and the Jewish one respectively. In the book and the miniseries this was not so. The difference was that they took away the two characters' things and gave them to Ben and Bev, giving them even more screen time. In the book it was Mike who does all the research on the town and discovers the pattern of the clown. In this film this role was given to Ben who had his own thing in the book (he was really good at building stuff). Stan, meanwhile, basically offers nothing. He is sort of the voice of reason, I guess, but less than in King's telling where he has a Spock-like presence. In this adaptation, he comes off more of a wuss. The most irritating thing here is that in the book, Stan saw the dead lights before the battle when they are kids, survived but was unable to completely adjust, and eventually was unable to deal when Pennywise reappears in adulthood (SPOILER FOR THE BOOK: Stan kills himself). SPOILER FOR THE FILM: Here they completely take that shit and give it to Bev which is sort of bull shit.

My biggest fear here is that they are setting up some long, horrible franchise like with The Conjuring movies. Could you imagine them doing prequels or even worse movies where they are old or their children fight Pennywise. Gag. Let's hope they stick with just one more. 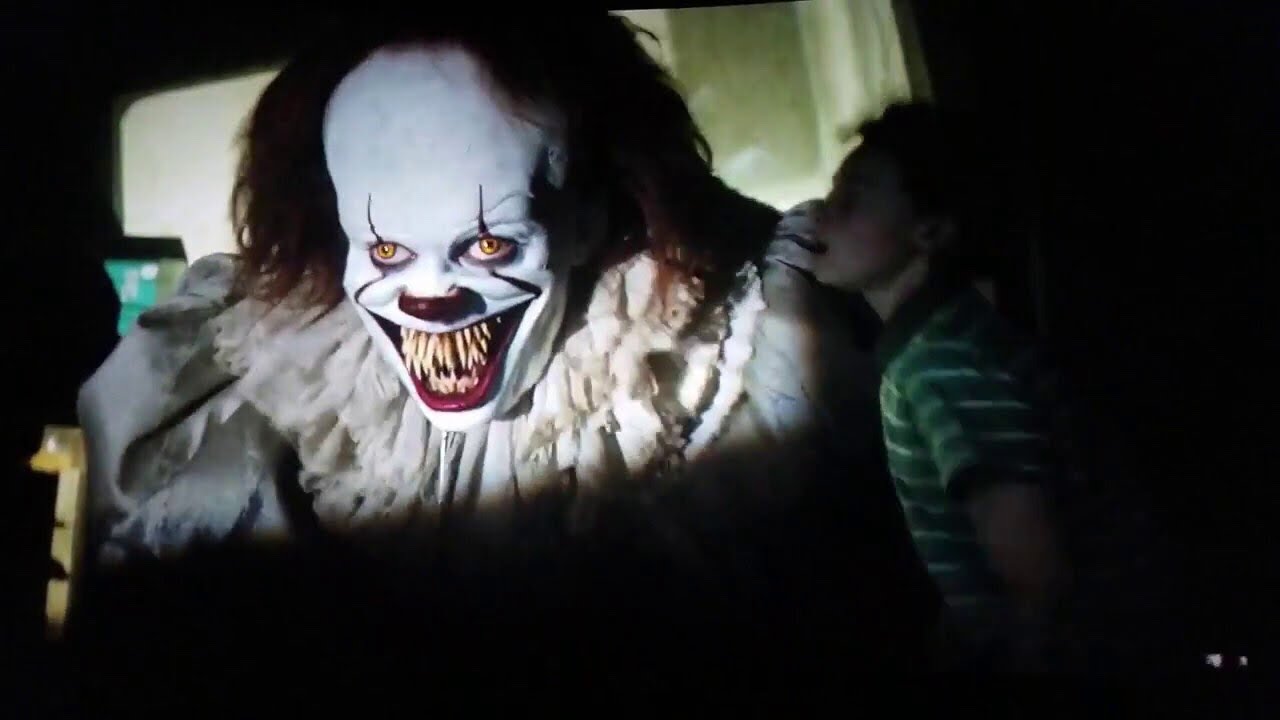 The film is not as scary as I was expecting. There were basically two scenes that creeped me out and two scenes that made me jump. The scene in the garage is easily the most insane and where Pennywise is genuinely pretty terrifying and where he twists out of that clock during one of the battle scenes is cool looking and creep city. When he catches the kids he generally just grabs them and is like, "Boogah-boogah! ... Are you scared? ... ... ... Boogah-boogah!"

The movie had way more humor in it than the miniseries. It seems like they got the kid from Stranger Things just to crack wise, and he does a great fucking job. Like after they go to the reservoir and the young girl swims around and suns herself in her underpants and the boys lose it, the next day she says to them "I need to show you something," and he asks, sardonically, "More than you showed us yesterday at the quarry" He is pretty good with the one-liners.Then there is Eddie who is just super dry and funny as shit. Example: Richie gives him shit about taking so many pills and he snaps back that he takes them so that he can do Richie's sister. Or something like that. Just like the kids I grew up with.