Central Intelligence is (sort of) the greatest movie of all time 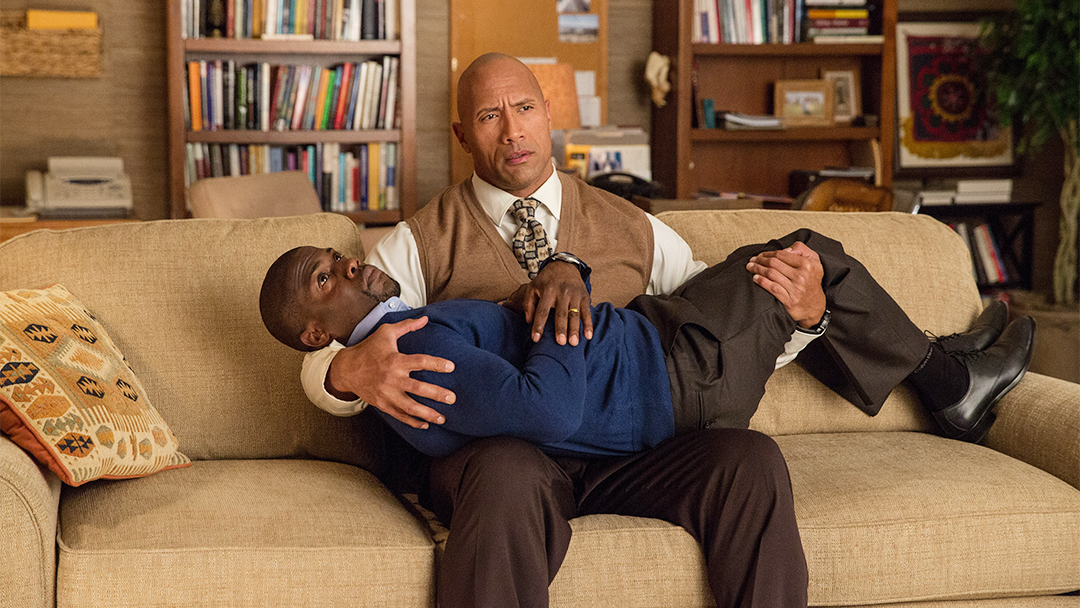 Well, it wasn't the worst thing I've ever seen and enjoyed it for the most part. Therefore, Central Intelligence gets a pass as the greatest movie of all time.  It is your typical, run-of-the-mill but solid action-comedy.

The movie features two "friends" from high school played by Dwayne "The Rock" Johnson (a CIA agent named Bob) and Kevin Hart (Jet) who team up to save the world from terrorists who are trying to get their hands on satellite codes that do whatever and the man who stole those codes. Bob, who was overweight in school and bullied by a young Jason Bateman, hooks back up with the cool kid, Jet, who is now way past his prime who lives a "boring" life as an accountant working for Bateman's company, under the cover of going to their 20-year high school reunion. Once the pudgy "loser", Bob is now "The Rock". He needs now needs Jet's number-crunching skills to figure out who the buyer is and where he will be in order to save everyone from whatever those codes are supposed to do, some dubious doomsday scenario or something. Jet is now in it as he is humorously pulled into shoot-outs, jail-breaks, Mexican standoffs, so forth, while Bob does most the ass-kicking.

Pros: Johnson and Hart are killer. The megastars are both very funny and solid. Basically 90-minutes of endearing and light escapist humor which is always nice.

Cons: The action is meh. The plot isn't something you can really make a lot of sense of if you start poking holes at it. A lot of these characters don't behave like real people. 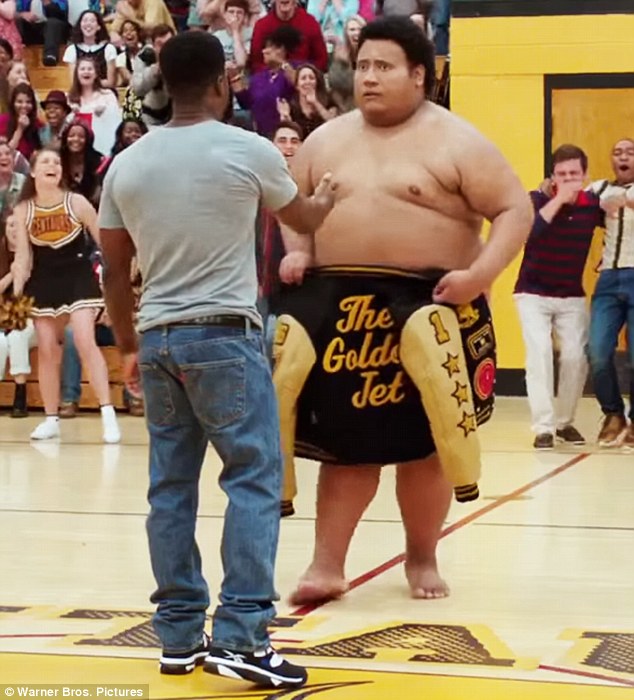 Notes: Here's some stuff. Jesus Jason Bateman's character is an asshole. When The Rock is the not so popular chunk in 1996, Bateman and his crew of pricks see him dancing in the locker-room shower during an all school assembly (why wasn't The Rock there?) to honor the Jet and his many accomplishments. They grab him, still in the nude, and throw him out onto the basketball court. Jet gives him his letter jacket to cover his shame and off he goes. This moment of kindness basically make Bob a huge hard-on for Jet for the next 20 years, telling everyone, including his partner in the CIA, played by Jesse Pinkman from Breaking Bad, about the coolest dude in his high school. Side note, bullying was pretty nonexistent at my high school and considered social unacceptable (the few kids who tried it were ostracized and eventually asked to leave), but if this had happened there, then depending on who it happened to, people would have gone to jail. 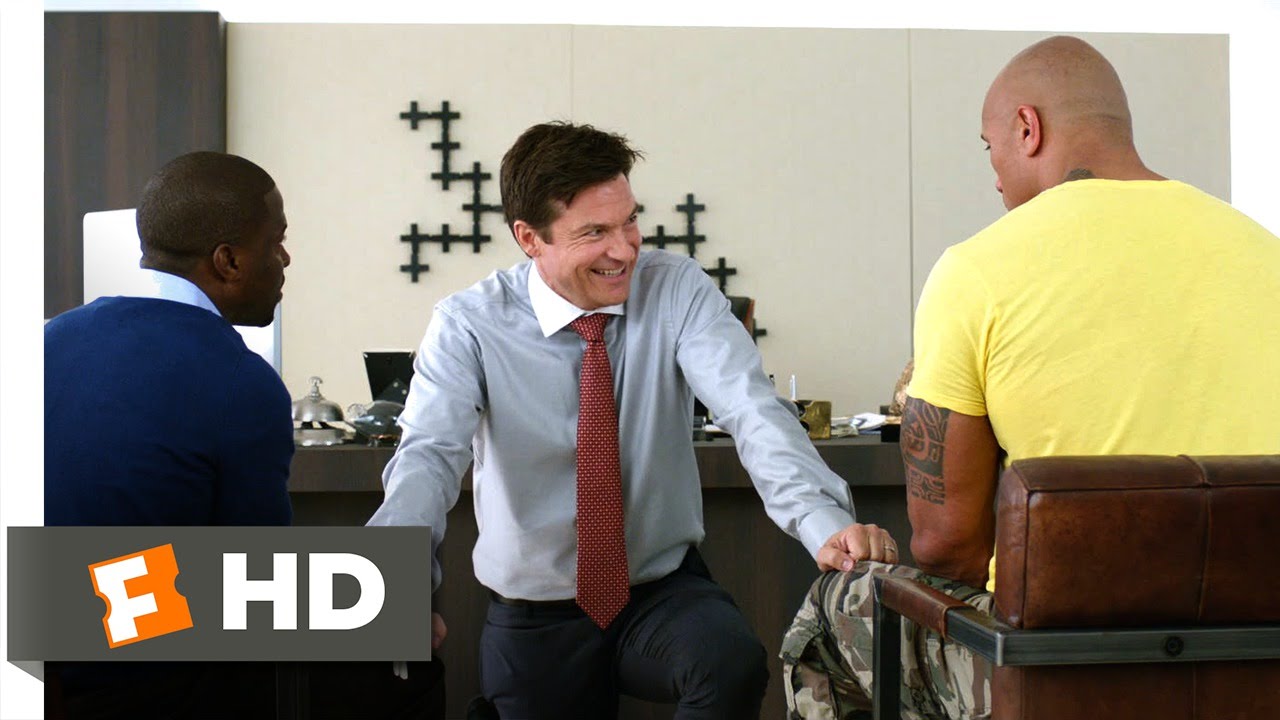 Anyway, we later see that Bateman is all apologetic when Bob and Jet go to him to help with their little CIA thing. He even asks Bob to forgive him. But then, JK, he was just fucking with them. He doesn't give a shit and it was Bob's fault he got tooled on because he's a fucking loser. So forth. The guy is just toxic. He even reveals he is a Scientologist and that he is "clear" in one of the funniest little tidbits in the movie. Bob is still afraid of him, because he is an aggressive ass-hat, I guess. But he eventually gets his though nothing has really changed from that moment to the one at the end where Bob knocks him out.

That knocking out Bateman moment leads to a bizarre finale where Bob gets naked at his high school reunion to like overcome the past humiliation. This time, since it is The Rock, everyone loses their minds. Guys, girls, everyone, is like really into and totally comfortable with this guy being naked. That being the case, he naked dances for the last 10 minutes of the movie. It's the weirdest fucking thing. I don't care how attractive the dude is, this is still a sex crime.

The CIA stuff is a little out there but that doesn't really matter as it is basically generic action that is just a vehicle for the actors to buddy up and work toward a common humorous goal. Certain moments in this regard are less than stellar. Like when Jet freaks out about making bird noises like as a way of signalling each other, I don't even know. He just has a little freakout, which one of several and sort of becomes his "thing" and is pretty irritating. But roll with it and you'll have a good time.