Michael Jackson 'Beat It' To Death 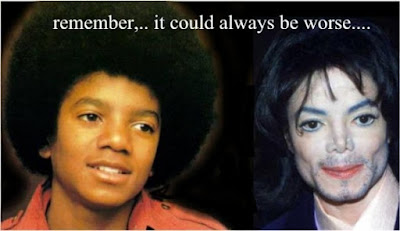 Just when you were getting over the death of Ed McMahan or hearing about Farrah Fawcett, everyone went wacko for Jacko’s departure.  Not that there needs to be another “Michael Jackson Dead at 50” blog article—considering everyone and their siblings (Jermaine) are throwing in their two cents—but can’t people just chill out.  Maybe I have no room to speak here since I did gain some notoriety when David Foster Wallace committed suicide but I will nonetheless.

All the news has been talking about is Jackson this and Jackson that, meanwhile there are still things going on with Iran, North Korea, the Rep. Gov. of South Carolina, and some football coach got gunned down in his weight room.  It always seems that when shit hits the fan for the GOP, poof Michael Jackson dies, and guess what gets the coverage.  CNN, the big networks, ET Exclusives, number one on Twitter, it is big news but why does anyone really care.  I didn’t get all up in arms by the fact that no one gave a shit on TV when DFW offed himself and he was pretty much my God.  I don’t think toning down the MJ love will bother anyone too much.  Besides, these are the same folks that talked about how his dermatologist was taking him to Mexico to get his little Jackson bleached so it couldn’t be identified in a lineup.  And the last “megastar” you say, have people already forgotten Britney? 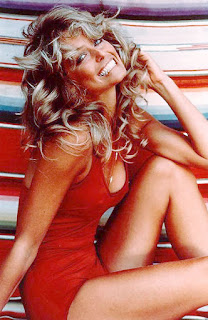 But it is funny how celebrities always go in threes and how these three—McMahan, Fawcett, and Jacko—were at the top of their shitz in something.  McMahan was a part of the most viewed television program ever, Fawcett had the most sold poster ever—um, ger, by the way—and Jackson had the number one selling album of all time.

But even though he was clearly the King of Strange as well as the King of Pop, his career was one of my first clear-cut memories.  At a year and a half, I remember without a doubt when the video for “Thriller” premiered and waiting for it beforehand.  I remember this because nothing before or since scared the piss out of me more than that video.  I wouldn’t even watch it again until I was 15—but then I did I saw what a little wussy I was as a kid.

So now that the man with a million faces is no more, I will leave you with Triumph the Insult Comic Dog covering one of the Michael Jackson pedophilia trials.  Enjoy.