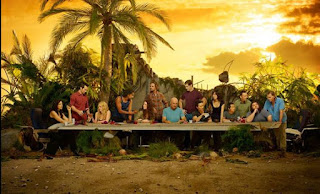 Lost is over. What am I to do? Turns out my meta-theory was sort of right, at times, maybe, I don't know. I guess the point is that none of it really mattered anyway because they all die in the end, sometime. Don't exactly know when it turned into Six Feet Under.
Ok, a lot of (hardly any) stuff got explained in the end. Don't rightly know what the deal was with the numbers, for instance. Saw none of the tie in stuff appear ever. Hanso who? What's with the little kids in the tail section? And weren't there black people in this show at one point?
Basically, the final episode didn't demand as close a watching of the show as I had hoped it would.
This was my show and I watched every minute of it at least 5 times. I've got about a million
geeky questions that don't matter. 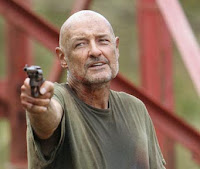 The finale didn't really matter. Was it worth watching, sure. Every episode of that last season was pretty good. But I have to say, the end was a little bit of a let down. But that probably has to do with the fact that Locke didn't run shit at the end. Can't see how it was anyone's but his island.

very informative post for me as I am always looking for new content that can help me and my knowledge grow better.

This is the precise weblog for anybody who needs to seek out out about this topic. You notice so much its almost arduous to argue with you. You positively put a brand new spin on a subject that's been written about for years. Nice stuff, simply nice!

Very great post. I simply stumbled upon your blog and wanted to say that I have really enjoyed browsing your weblog posts. After all I’ll be subscribing on your feed and I am hoping you write again very soon!